Me, Myself, and Regular Jesus 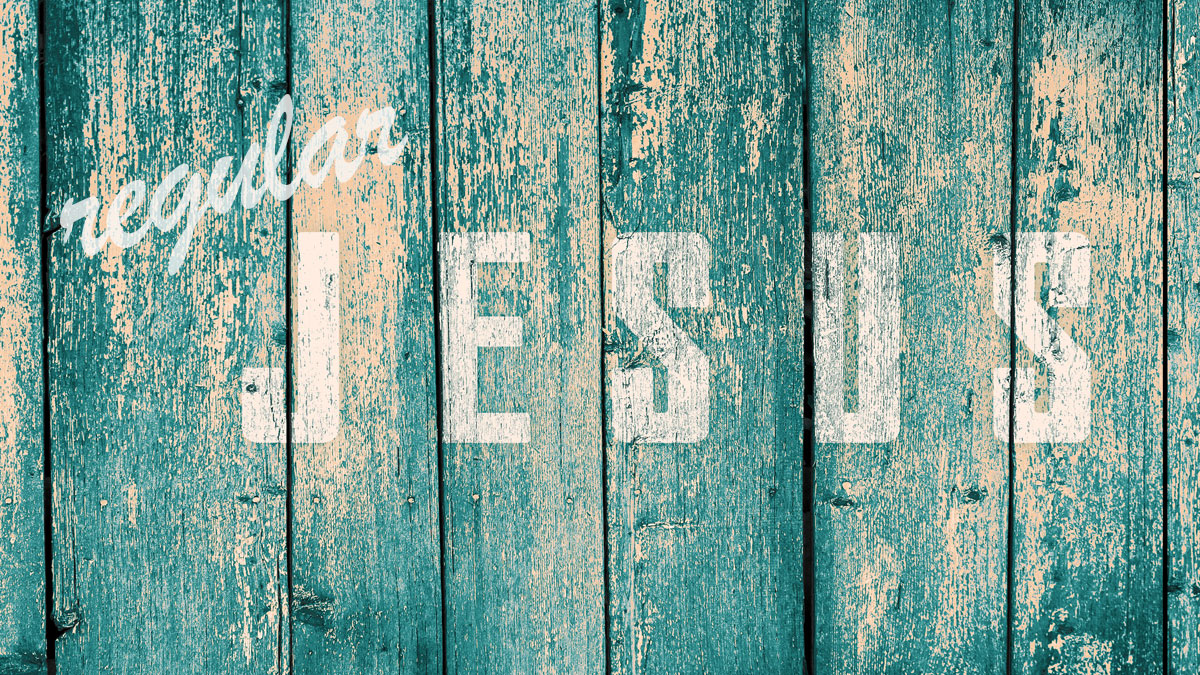 In February 2021, I came across a ridiculous Tweet floating around the internet. In a facetious sort of way, the Tweet creator wrote, “From now on when I speak about Jesus to other people, I have to clarify, are you referring to trump jesus, or regular Jesus?” I have to admit, I chuckled way too hard over the writer’s sentiments, but was also put in check by words that brought to light something so obviously glaring, particularly for evangelical Christians.

Only a few weeks had passed since we’d witnessed one of the nation’s most recent, grand-scale events—an event at which hundreds of “Jesus-loving” Christians collectively ascended upon our nation’s capital and violently attempted to dismantle our democracy, all in the name of God.

As I watched the event unfold on television, so many thoughts raced through my mind; a mental tug-of-war ensued, an awakening of an identity duality of sorts. As I grappled with the ugly truth of this situation, two perspectives developed: my perspective as a Black Christian and as a Black educator.

As a Black Christian, how could I make sense of such blasphemous acts being carried out in the name of God? The same God that I worshipped and revered? U.S. history has shown on more than one occasion how often “God’s name” was used to justify acts of enslavement and perpetual segregation, both of which have laid the foundation for systemic racism in our country.

The recurring thoughts of our Fellowship discussion around “Christianity 101” continued to reverberate. In that session, ICJS Protestant Scholar Matt Taylor discussed an in-depth history of the Christian church. One particular part of that session really stuck with me—the development of Christianity in the United States. A racialized Christianity has been present since this nation’s colonization to the point that it is layered within our politics, to the detriment of the religion and nation, alike.

The symbolism displayed on January 6—the giant cross, the prayer in the House chamber, the Christian flag—all were a reflection of the “trump jesus”—a poorly misconstrued version of Christianity. It was not a protest for the rights of the people; it was a deliberate reaction by mostly White Christian Nationalists, to “Stop the Steal” of a nation that was quickly leaving their fundamentalist grip.

As an educator, I immediately started thinking about ways to frame the discussion surrounding this event. Bringing current events into the classroom is nothing new, but there would definitely be a different tone and approach to this one. This would be unique because I knew race would be brought up because students recognized the vast difference in the treatment of the Capitol “protesters” were treated in contrast to those who protested during the summer of 2020.

Over the summer, many peaceful protesters bringing awareness to the disproportionate number of Blacks who lose their lives due to brutal, systemically racist policing were met with violent policing tactics that were visibly missing on January 6. Instead, some of the same people who labeled the summer 2020 protests as “violent riots” were now waging war on the Capitol steps claiming their actions were being carried out in “the name of God” to protect the rights of the people.

Where was all of the outrage? Where were the rubber bullets, tear gas, and tanks? I quickly reminded myself that certain rules don’t apply if you have the complexion for protection.

There I was, trying to make sense of all of this. But then it dawned on me that in order to overcome this dualistic nature, I would have to bring truth to light. Sure, my faith was shaken. But I know, ultimately, that good always wins. What I had viewed was not a true testament to the faith-based Word that I live by, but a twisted interpretation far from the truth.

I still hold hope for the future of our democracy. I still hold faith in a seemingly faithless world. And if anyone asks, I’m sticking with regular Jesus.

Kenya Beard is a World History and American Government Teacher at Baltimore Polytechnic Institute. Beard was a member of the 2020-21 ICJS Teachers Fellowship.