Learning While Teaching: Pedagogy at Work 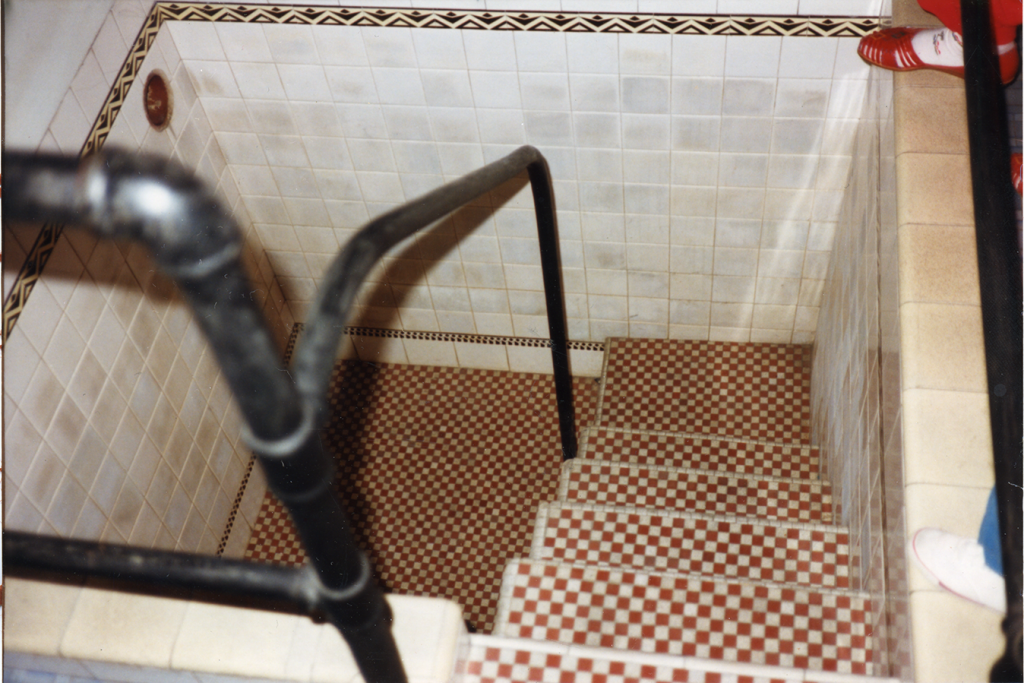 One of the mikva’ot of the Lloyd Street Synagogue. This one was built in the early 1900s by the third congregation to worship in the building, Shomrei Mishmeres HaKodesh. JMM 1988.183.004

It may sound like a cliché these days, but I am so grateful for the opportunities I have to learn from the students who walk through the doors (or pop into the Zoom Classrooms) of the Jewish Museum of Maryland. I’d like to share one of these moments that radically influenced the way that I approach teaching about one aspect of the Lloyd Street Synagogue, and how ICJS and the Teacher Fellows have helped me continue to hone this approach.

The Lloyd Street Synagogue is Maryland’s oldest synagogue and is the third oldest extant synagogue in the continental United States. One of the amazing parts of this historic building is that it is the site of not one, but four mikva’ot (singular: mikveh), one of which is the oldest documented mikveh in the United States. In Judaism, a mikveh is a ritual bath used for spiritual–not physical–cleanliness and purification.

The water of a mikveh has to be ‘living water,’ water that comes from a natural source; this means that most mikva’ot are communal centers. In most cases, using the mikveh involves dunking one’s head under the water and reciting a prayer. People may use a mikveh for a variety of reasons including, but not limited to, the following:

The mikva’ot of the Lloyd Street Synagogue can be at once both deeply meaningful and challenging to teach. Not only is it a complicated and somewhat sensitive topic, but it is often the first time students are learning about it. Students understandably have many questions and comments about the mikva’ot.

One interesting phenomenon is that at the mikveh, more than any other space in the synagogue, students are the most likely to draw connections and see parallels between Judaism and other religious traditions. One of my greatest tasks is helping students make these connections in an accurate and nuanced way, one that recognizes the similarities that they see while also acknowledging and honoring the differences.

More often than not, students draw connections between the mikveh and baptism in Christianity. But once, a student group took me completely by surprise! They were a small group of high school students who were taking a class on several different religious traditions. In the classroom, they had just finished their unit on Islam and were beginning their unit on Judaism. When these students saw the mikveh, they made the connection not to baptism, but to a ritual washing practice in Islam–wudu.

But I found myself, even long after this group had visited, thinking about and reflecting upon this moment. I considered how unprepared I felt to guide the students through that conversation. I wondered what information I needed to gather to help students navigate a nuanced conversation on these two practices. Then I wondered how I would even go about finding that information.

And then I wondered what other religious and cultural practices students might see reflected in the mikveh. How can I support students wanting to make those connections, and how can I help students with a variety of religious backgrounds feel seen and recognized in this space?

ICJS, with the Teacher Fellowship, provided a profound space of care, curiosity, and community to explore these questions, and others. I was connected with ICJS Muslim Scholar Zeyneb Sayilgan, who answered my questions about wudu and ghusl, and helped me see the parallels and differences in these practices. With the Teacher Fellows at each monthly meeting, we discussed the best methodological and pedagogical ways to approach religion in the classroom, and helped each other hone our skills and grow as educators. I am so deeply grateful for these opportunities and know that what I have learned will undoubtedly help me guide students’ learning with deep empathy and understanding.

Marisa Shultz isa Museum Educator at The Jewish Museum of Maryland (JMM). Shultz was a member of the 2020-21 ICJS Teachers Fellowship.