Are We Working Hard Enough on the Inclusion of Islam? 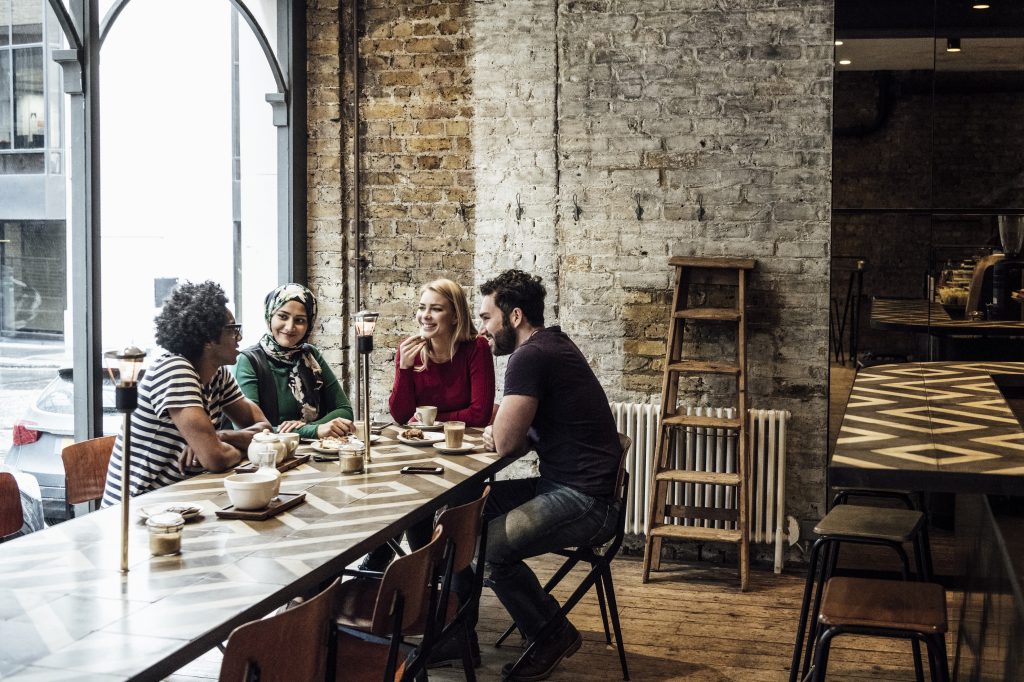 Efforts to increase inclusion and diversity seem to be everywhere, don’t they? Whether it’s work, school, or politics, people are attempting to bring others into realms where they were not represented before. As a Muslim, I’m sure that it’s a worthy effort deserving of our support.

Of course, that doesn’t mean that I’ve seen these efforts welcomed. In fact, I’ve seen so much resistance to this concept of inclusion. Where does the resistance come from? Is it a fear that inclusion will cause some sort of dilution of values or cultural mores that cannot be sacrificed? Are we so afraid of losing our past that we’re paralyzed by steps that will improve the condition of humanity?

But are our efforts sacrificing one culture or idea for another? I truly believe we gain something by including others. Learning more about others helps us see our own humanity and the humanity of others. Seeing the humanity in others means we make better choices for our world.

Islam reflects upon the tribal nature of our most base instincts and addresses it face on:

O mankind, indeed We have created you from male and female and made you peoples and tribes that you may know one another. Indeed, the most noble of you in the sight of Allah is the most righteous of you. Indeed, Allah is Knowing and Acquainted. 49:13

However, this concept is often not even fully accepted in many Muslim circles.

Growing up in a small town far away from any metropolis, I knew very few people of color but I knew four types of Muslims: immigrants, white Muslims who had converted simply to marry immigrants, African-Americans who came from a line of Muslim families, and African-American converts, hungry to learn about an equalizing religion.

My Sunday school teacher was an African-American convert who came to Islam in his 20s. He left his family’s religion and their collective history and then chose to spend years immersed in learning about his new way of life. In fact, he even traveled to the Arab world trying to learn even more about the religion and the Arabic language. He came back to the U.S. for many reasons, one of which was the racism that he encountered in Saudi Arabia. The people he encountered were not accepting of his conversion, his immersion, or his desire to learn.

He was a kind soul who taught us about the intricacies of religion, mixing in life lessons recalling what it was like to live in a foreign country where he knew very little of the language or culture. He told us stories of meeting people who were willing to teach him, a young man who was willing to learn.

In so many ways, his life paralleled the lives of the many Muslim immigrants here in the U.S. now. So many immigrants come to the U.S. to secure better outcomes for their children. Of course, my Sunday school teacher moved overseas to where he considered the source of Islamic studies to be, just trying to learn as much as he could. Immigrants come to the U.S. for a multitude of reasons — they’re fleeing religious persecution, poverty, or oppression.

When he recounted stories of not fitting in, stories of racism and injustice, I remember being angry at the inability of his fellow Muslims to accept a person who just wanted to learn. Why did they treat him as a second class citizen? Why did they think it was ok to do so based simply off the color of his skin? What did his skin have to do with the contents of his soul and his heart?

His sincerity and heartfelt desire to teach and bring light into the minds of the next generation was evident in his weekly hour-long drives to our remote town for just a handful of children.

I remember challenging him, asking him questions, and pushing his tolerance of my curiosity. His composure and patience with me and the other students was a sight to behold. He never lost his cool, but rather, he was as patient as ever.

I see people just like him all around me, to this day. They’re immigrants from other countries, here in the U.S. just trying to work for better lives. They’re the converts who come to our mosques to learn but are ostracized because they are not members of the overpowering tribes that have been a part of the religion longer. And they’re Muslim kids in our schools and communities who are ostracized for their beliefs.

Shouldn’t Muslims remember what the Quran teaches us about inclusion and diversity? Shouldn’t we continue to reach out and learn about others? We should be able to share our cultures with them, as they should share their cultures with us. We should welcome them to our homes to break bread. We’re taught that we are meant to accept others, with their different views and perspectives. We’re meant to open our arms to them, sharing our own beliefs while remembering that we’re all equal, today and on the last day.

All of these immigrants, whether they’re immigrants to a country or converts to a religion, simply want to be respected by the people of the land that they wish to live in. Immigrants are looking to simply be accepted, and yet some of them cannot even accept the people who have chosen to join their tribe, their group, their religion.

Our religion teaches us to teach others and to learn from others. If you’re an immigrant Muslim, I challenge you to make an effort to take inclusion and diversity as seriously as your religion does: meet someone and learn from another tribe. If you’re not a Muslim, I challenge you to meet a Muslim or an immigrant, even if just for the sake of diversity and inclusion. You might be surprised at how much you learn about how truly similar you are to others.

Ainy Haider-Shah is President of the Howard County Muslim Council, and a  member of the 2018 ICJS Justice Leaders Fellowship.