A Tale of Two Rodefs 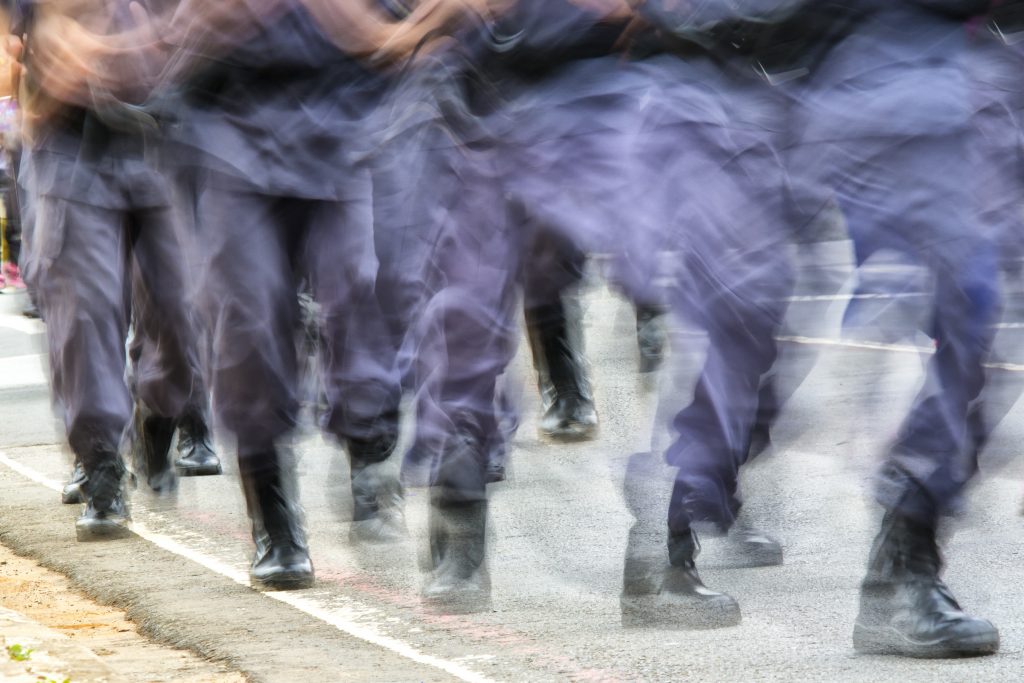 While I consider myself relatively well versed in Jewish ideology (15+ years of Hebrew school once a week had to get me somewhere), I wouldn’t by any means say that I am learned in the ins-and-outs of Jewish law. So it wasn’t a complete surprise to me when the framing for that night’s discussion centered around a concept I had never heard of before: The rodef.

Turns out, I shouldn’t have been surprised that I’d never been confronted with the concept of the rodef before, as it is taken from a passage in the Talmud that permits extrajudicial killing (yikes). Essentially, din rodef, or the “law of the pursuer,” says that every Jew is obligated to save a pursued person from his pursuer, even if this means killing the pursuer. So if you see someone on their way to do harm to someone else, it is your job to stop that person (the pursuer, aka rodef), and it’s okay to kill them if you have to. It’s basically the ultimate antithesis of innocent bystanderism.

We read first from the section of the Talmud that the rodef is mentioned in, and then compared it to a passage from the DOJ report describing an on-foot police chase of an innocent individual, answering questions like “Who is the rodef in the scenario?” and “Whose story do you need more information from?” In discussing the rodef and the Department of Justice report, two notions kept resurfacing during the conversation my tablemates and I were having. The first: What if someone doesn’t realize they are a rodef? Or: What if someone thinks that they are pursuing a rodef — someone who they think is going to cause harm — but is actually a rodef themselves?

And, connected to that, who decides who is a rodef? The Talmud isn’t especially clear, saying only that a rodef is either “one who pursues his fellow to kill him,” or “after a male or a betrothed maiden” (i.e. someone with the intent to rape). With such broad descriptors, it’s no wonder there’s a gray area.

It seemed to me that whoever is deemed a rodef is subjective based on one’s biases. In theory, it is just as easy for a person of color to declare that a white supremacist is a rodef, as it is for a white supremacist to believe that a person of color is a rodef. Both justify their claim under the predilection that the rodef will cause harm to them or their community. As the adage goes, one man’s terrorist is another man’s freedom fighter.

And if either one of these individuals were to take action against their assumed rodef, wouldn’t that make them a rodef themselves? Thus begins a vicious cycle of brutality.

Fortunately in the United States, there are no laws like those of the Talmud that permit taking extreme measures without consequences (barring self-defense). Yet recently, our nation has seen more and more people establishing a kind of din rodef — taking matters into their own hands, bolstered by a sense of twisted vigilante justice, or else influenced by ever-present implicit or explicit biases. And as we’ve seen time and time again, crimes like these are nearly always committed against marginalized groups by privileged and powerful individuals.

Whether it is black men and women murdered by police officers, LGBTQ+ individuals savagely beaten by homophobic people, Jews and Muslims gunned down while praying by gun-toting nationalists, migrant families being stripped of their basic human rights by merciless politicians (and the list goes on) — these marginalized groups are isolated and attacked by those who would unjustifiably deem them a threat to their way of life. And in doing so, the supposed rodfim become the victims, and the pursuers the rodfim.

In our country today, hazy fog of hatred and vitriol has crept in and continues to press down and around every person. This fog allows rodfim to carry out acts of aggression like never before. It is a fog that makes it difficult for those who would bring them to justice to clear a path in order to stop them. This fog also hinders those who would fight for and protect the victims by clouding our judgment and encouraging us to lash out at and spew the same hateful rhetoric we abhor at the rodfim in our midst.

I continued to ponder the concept of the rodef over the next few months following the second Imagining Justice in Baltimore session back in March 2018, and through the community conversations I helped to facilitate in fall 2018, and I suddenly remembered that I had, in fact, heard the term rodef before, but used in a very different context. Another kind of rodef, that many congregations actually adopt for their name: Rodef shalom, or “pursuer of peace.”

I marveled at the stark distinction between how the term rodef was initially used — to describe someone with the intent to harm — versus how it was commonly paired with the word shalom, to signify a pursuit of harmony, equity, and justice.

For me, it seemed that these concepts mirrored the Cherokee tale of internal struggle, personified by two wolves, in which two wolves are fighting; one symbolizing evil (anger, envy, greed), the other good (joy, love, hope), and the wolf that wins out is the one you feed. So it is with pursuing a rodef versus being a rodef shalom: If we feed into the part of ourselves that wants to pursue the rodfim, we steep ourselves in hatred and antipathy ourselves, inevitably making us the rodfim we despise — as hatred begets hatred. While if we feed into the part of ourselves that seeks peace, we rise above the depths of revenge and hostility and stay optimistic in the face of suffering to keep the hope of shalom alive.

I myself struggle not to give in to feelings of anger, frustration, and despair on a nearly daily basis. Our world is swarmed with rodfim, who get stronger and gain more power by the minute. Sometimes I don’t win the fight, and I let the resentment towards the rodfim of the world creep up, the fog choking me and blocking out the light. But as strangely good as it might feel to be angry, I know that the rage can’t last forever, and will only impede me and those around me fighting for justice from reaching our goal in the long run.

So when I am able to feed into my rodef shalom side — through volunteering, having productive conversations, advocating, and philanthropy — and encourage others to do the same, then I am certain we will achieve peace.

Diana Goldsmith is Program Associate for Repair the World: Baltimore at Jewish Volunteer Connection, and a  member of the 2018 ICJS Justice Leaders Fellowship.