A Jewish Journey from Indifference to Inspiration 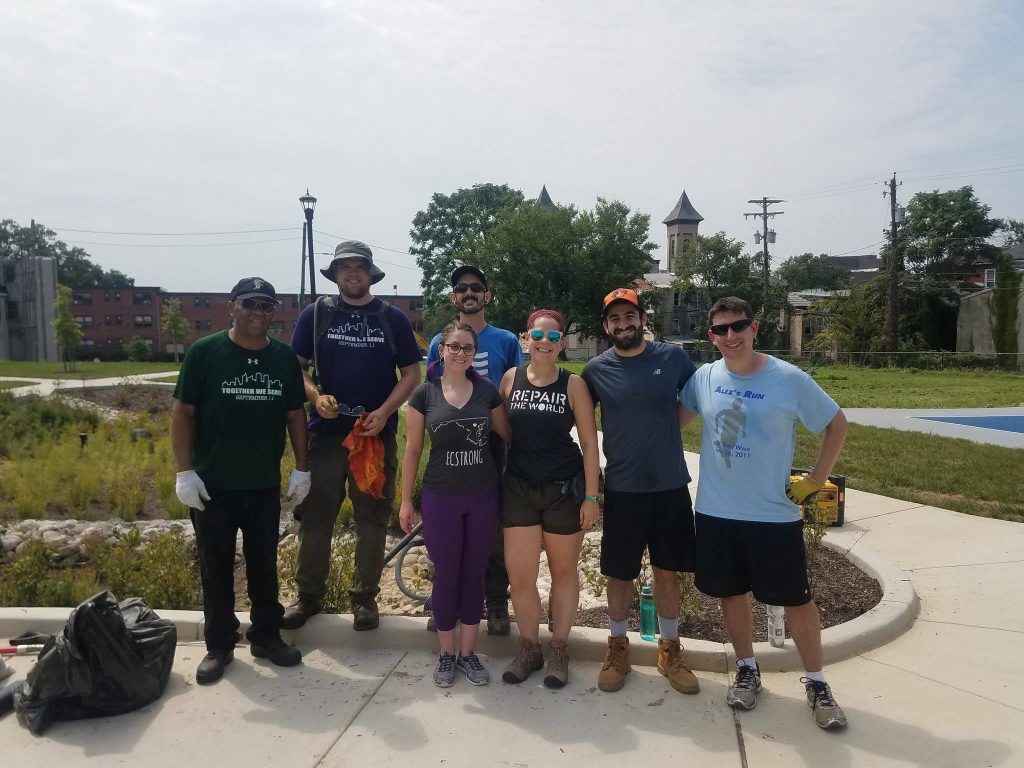 When I was eighteen, right before I headed off to my freshman year of college, I announced to my parents that once I graduated, I planned to join the Peace Corps. I wanted to travel, to see parts of the world I had never seen before, and above all (my naive teenaged self-thought), I wanted to help people.

My father asked me, why did I want to go into the Peace Corps? I told him because I was grateful. Grateful for all of the opportunities I had been blessed with, largely because of constructs that were completely out of my control, and ones that I had not yet even begun to fully understand. I was a white, middle class, product of a nuclear family, soon-to-be college-educated, Jewish woman. Aside from the strikes against me for practicing a religion that makes up less than 2% of the United States’ population, and identifying as a woman, I was in pretty good shape.

I suppose I was being a bit dramatic. (That’s what happens when you study theatre for seven years). And so off I went to college to major in international studies and acting (tacking on another four years to that seven). It was around this time I started thinking of myself as a “cultural Jew.”

This should come as no surprise to anyone: College student, seemingly free for the first time to make decisions about her own religious practices, decides to “stray from the path.” Of course, I loved and appreciated the years of Sunday school, becoming a Bat Mitzvah, going to Jewish summer camp, being involved in Jewish youth group, even being confirmed in tenth grade — the whole shebang. But it was time for me to make my own way, and when I had the choice, I chose secular student activities instead of Hillel.

Fortunately for me, I became involved in student activities that centered around volunteering and service. I never considered myself an especially “religious” or “faithful” person (hence the “cultural Jew” phenomenon); being Jewish was just a very small piece of my identity, one that I was proud of, but not one that directed my life, and certainly not my career. But through my volunteer experiences in college (especially the five trips I took to volunteer in Honduras with Students Helping Honduras), I began to feel closer to my faith than ever before.

In Judaism, there is the concept of b’tzelem elohim, that every person is created in the image of God. To me, this concept speaks of a divine spark that everyone has inside of them. No one person is exactly like another, and yet, we are all human, with the same limitless potential. We can each learn something from one another, and we are each responsible for one another.

And it was this notion that made my adolescent heart yearn for the Peace Corps; this notion that inspired my passion for volunteering; and this notion that drove me to pursue a job with a nonprofit in which I interact with local organizations that fight for justice for those who deserve it most, and the volunteers who make it happen. A Jewish nonprofit no less!

While the Peace Corps faded from my dreams, it has been replaced by something even greater. My work with Repair the World: Baltimore gives me the chance to pursue justice for all in my own backyard, bolstered by the Jewish values instilled in me of equity and righteousness, and the opportunity to inspire other Jews — and people of all faith backgrounds — to do the same.

Dr. Martin Luther King Jr. famously wrote, “Injustice anywhere is a threat to justice everywhere.” And so we must all strive to snuff out injustice wherever it may emerge. As the Torah teaches us: Tzedek, tzedek tirdof. Justice, justice, you shall pursue.

Diana Goldsmith is Program Associate for Repair the World: Baltimore at Jewish Volunteer Connection, and a  member of the 2018 ICJS Justice Leaders Fellowship.