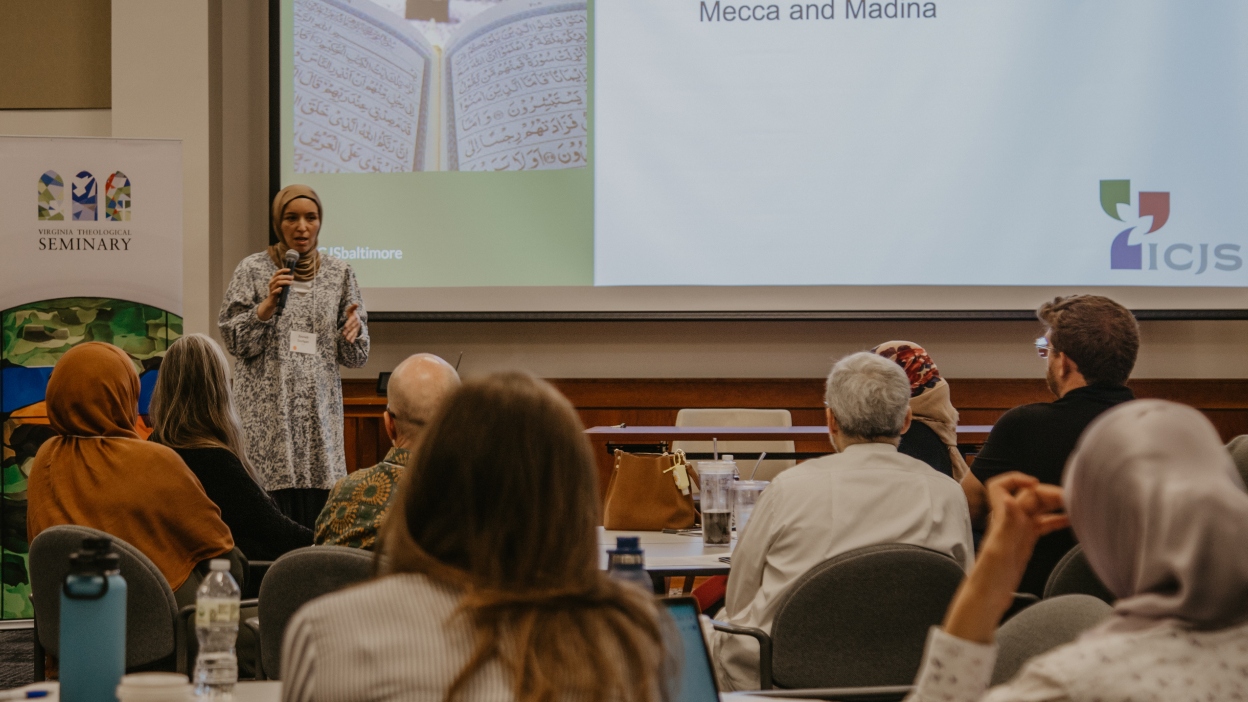 The Emerging Religious Leaders (ERL) course, held in early June on the campus of Virginia Theological Seminary, is a groundbreaking program for Muslim and Christian students in the U.S. Sponsored by the Institute for Islamic, Christian, and Jewish Studies (ICJS), it was co-directed by two ICJS faculty, Protestant Scholar Matthew D. Taylor and Muslim Scholar Zeyneb Sayilgan.

ICJS partnered with the Washington Theological Consortium and five Muslim-training institutions to create the five-day course, an expansion of a similar program for Christian and Jewish students offered since 2012. A number of students, both Muslim and Christian, described the experience as transformational.

“ERL was a unique, life-giving experience,” said Ed Crump, a student at Wesley Theological Seminary, which is affiliated with the United Methodist Church. ”It was an opportunity to develop real relationships with other religious leaders in both the Muslim and Christian traditions. I will leave the experience a more complete Christian who has a deeper love and appreciation for my Muslim family.”

For Naseer Muhammad, a Muslim student at Tayseer Seminary, this kind of unvarnished dialogue made the experience all the more meaningful. “Often the nature of interfaith dialogue lacks a certain authenticity and eye for actually attempting to address more contentious differences between faith traditions, instead focusing far too much on similarities,” he said. “ERL goes out of its way to foster an environment that tackles very real differences between faiths in meaningful ways with a gaze towards actionable change in our faith communities.”

Other participants pointed to the power of meeting students of other faiths.

“My experience in this ERL Muslim/Christian intensive was revelatory,” said Kevin Compton of  United Lutheran Seminary. “The information was deep and compelling. The class experiences interacting with Muslim students and people from other Christian denominations was challenging, but always expanding both mentally and spiritually. ” The social and intellectual interaction was also a high point for Eamaan Rabbat, an instructor at Rabata, an organization providing traditional Islamic education for women by women. “ERL has been a very positive and eye-opening experience.” she said. “I witnessed and participated in some intense conversations and growth. It is a wonderful opportunity to begin some very important and sorely needed conversations. I see the ERL as a starting point for more interreligious work and progress in the future.”

In addition to lectures and structured discussions, ERL participants attended a Christian worship service near the Virginia Theological Seminary campus and to visited the All Dulles Area Muslim Society (ADAMS) Center mosque for Friday prayer.

Christian seminarians participating in the program are from Mid-Atlantic institutions, including: Virginia Theological Seminary in Alexandria, VA; Wesley Theological Seminary, Howard University School of Divinity, and Catholic University of America, all in Washington, D.C.; and United Lutheran Seminary, with campuses in Gettysburg and Philadelphia.