A Business Built on Faith 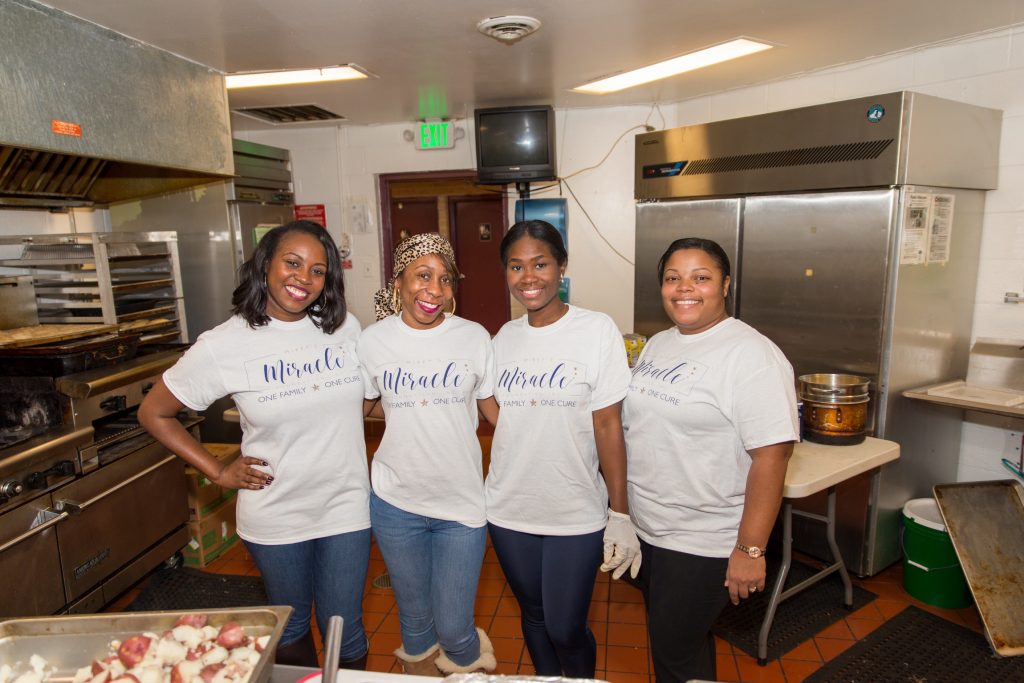 I remember it like it was yesterday. We were sitting in the hospital room watching television and sharing jokes as we had always done when the surgeon who performed my mother’s emergency surgery just 72-hours before walked in to deliver the gut-wrenching news — “Mrs. Merritt, you have cancer.” It was stage IV.

At an early age, my mother instilled in me the Christian practice of prayer especially when faced with trials and tribulations like this and when we received the news, we prayed. With my mother’s diagnosis, we prayed that God would strengthen our faith so that we would be able to walk in the journey ahead knowing that regardless of the outcome, all would be well. From the initial diagnosis in June 2014 until her passing on January 25, 2016, I would learn that my faith would be tested like it had never been before but ultimately lead me to the place that I am now.

She was my best friend, my prayer partner, my sorority sister but above all; she was my Mommy.

For two years, and as an only child, I served as the primary caregiver for my mother who fought courageously against Stage IV colorectal cancer. Between work, managing my personal affairs, and caring for my mother, I often felt myself emotionally and physically exhausted. I cared for her every single day with little guidance from healthcare professionals, no formal training, and limited knowledge of resources that could help me. I simply cared for her out of love. It is through this experience, that I realized the significant impact that cancer has on the caregiver.

Shortly after her passing, I quit my job and start an organization that would help families like mine. Mikey’s Miracle Foundation, named affectionately after my mom, seeks to bridge the gaps with the transition of care management from hospital to home by creating a support network for caregivers, highlighting their specific needs, identifying resources that understand the unique nature of families and their role as caregivers, and providing services to the most at-risk families in the Baltimore Metropolitan area.

People said I was crazy. That I was reacting out of a place of grief and that it would be foolish to quit without first creating a plan. The idea that I wanted to start a nonprofit but had never even worked for a nonprofit was scary for some and honestly, at times I believed so too, but I had faith. The type of faith that my mother and I had prayed for that day in the hospital. I knew that amid the grief there was a greater purpose for my life.

There was a feeling in my spirit that spoke to me and said that regardless of my background and lack of knowledge in the field, that this is what I was meant to do. I prayed about it and decided to walk boldly in my purpose and blind with faith.

It is faith that has led our organization to two successful years of serving families in the Baltimore Metropolitan, attaining our 501(c)(3) status, raising almost $60,000 from individual donors, building a network of 30 volunteers and board members and partnerships with various organizations throughout the city. It is also faith and being rooted in strong religious beliefs from which our organization operates daily. One of the services we offer includes pastoral counseling recognizing that faith and religion play a large role in the healing process for some of our patients.

Had I listened to those who said that my spirit prompting, and in Christianity referred to as the Holy Spirit, was wrong, I do not believe that we would be where we are as an organization. That we would not be able to serve others in love the way Christ has instructed us to do.

Although I did not know or could not always see how it would be done, I knew that through faith, I would be able to help families in the fight against cancer. Faith is what has built this business and it is faith that will sustain this business.

Jade Nicole Neverdon Merritt is founder of Mikey’s Miracle Foundation, Inc, and a  member of the 2018 ICJS Justice Leaders Fellowship.