The Women of Justice 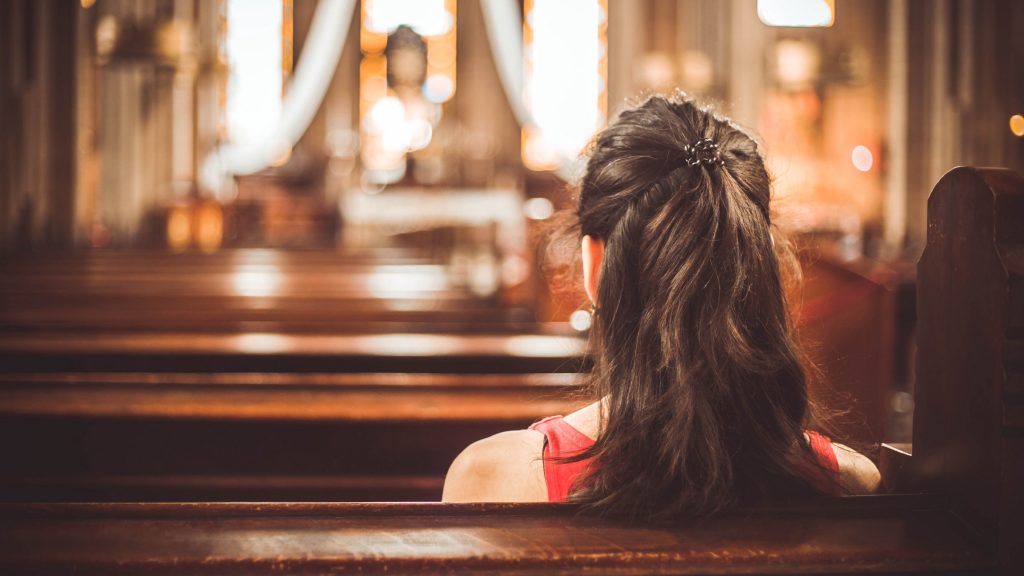 I belong to and love a branch of the Christian tradition. In the way that good Southern feminists do, I learned to appreciate it, even as I found myself suspicious of it and the men who so systematically, meticulously constructed it. My tradition surfaces in my teaching, in relating, and in preaching. It drives me to envision a just world and to participate in bringing that world into reality. But when I am left only with my most honest thoughts, I know it is not my Protestant tradition that I love or trust the most.

I grew up running around forgotten corners of my church. I knew where the communion bread was kept, where paraments were stored, where to find extra microphones, dishes, or plastic Easter eggs. I knew the grounds by heart. When I was thirteen, I ducked into the sacristy one morning. I was supposed to be meeting my family in the pews, but I decided to take a detour and see if anyone was still getting ready for worship.

I reached the door and it shut behind me, and the sound of the pipe organ prelude muffled. No one was there. Alone, I paused in the quiet and took in the room as my eyes adjusted to dim lighting. I knew most of its contents — old chairs, cabinets, a table, retired books — but then I noticed a newcomer in the landscape. On the counter next to piles of dusty hymnals, someone had left a set of wooden boxes stacked with neatly labeled cassette tapes.

I moved to investigate them. They were recordings of old worship services. Each tape had a date and a preacher’s name scrawled in loopy cursive. I gently flipped through the storage box and found, hidden among the long line of clergymen, a sprinkling of women. I pulled a small collection of four or five tapes with the women’s names into my coat pockets, turned back to the door, and shuffled down the hall.

That night, I fell asleep listening to a clergywoman give a sermon. The next night, I listened again. And again. And again. I found a digital archive on the church website, downloaded more sermons onto a small MP3 player, and listened to those. Through middle school, high school, college, divinity school, through the years, even last night, I fell asleep listening to women preach. Their voices coursed through my imagination each night, pulled me into the world of dreams, stayed with me through fear and upheaval, moved with me to new cities and jobs. They were always there.

Listening to them felt important, but it wasn’t until I began preaching and thinking more deeply about theology that I understood how it was important. Five years after that morning in the sacristy, I left the church where I had found the tapes. I went on to study religion in college, started and left an ordination process, and in the battles over who belonged and who did not in my childhood tradition, left for a denomination willing to ordain a budding radical feminist theologian and queer woman. Years after that first morning in the sacristy, and after years of a dizzying path to the pulpit, I served as a student intern in a small church. I stood before this congregation to preach for the first time, and listened to my voice echo with the cadences that had slowly sunk into my psyche over ten years. Most of my friends were starting to hear their mothers in their voices, but I heard clergywomen. I slowly realized too that they stirred not only in how I spoke, but in how I listened. I entered churches and jobs and neighborhoods listening for women. I read scripture and looked for women. Even when it seemed that none were present, I assumed they were sitting in the corner of the room, and wondered how the words being spoken by the men around them landed in their skin.

I love the canonical structures of Christianity — sometimes like a friend, and sometimes like a great-uncle no one wants to sit beside at holidays. The men are all here to stay, and some of them have wisdom to offer as we seek just communities with those who wear the brunt of violence in their bones. But it is not the canonical fathers who give me hope. It is not John Calvin who gives me strength. It is not Augustine, Thomas Aquinas, Tillich, or the Niebuhrs who surface in my speech and inform my listening.

It is the women who do that.

It is Macrina the Younger and her monasticism, Julian of Norwich and her revelations, Angela of Foligno and her wounds, Simone Weil and her questions, Wendy Farley and her theology laced with philosophy and folk songs, Emilie Townes and her poetry, and so many other mothers it’s hard to keep track — who light a fire in my bones. It is the women. It is them, and all of the others whose lives and writings were anathematized, who I love and trust above all else in the work of justice.

When imagining justice in Baltimore, a city built by white supremacy, patriarchy, and on the backs of the poor, our most beloved canonical traditions may open new questions and ideas. But I suspect that these can carry us only so far. Too many of them created — directly or indirectly, for better or for worse — the world as it is now. As we bring the canon versions of our traditions to the table, it is the footnotes, the volumes long relegated to basement storage, the experiences our traditions have exiled, the lost cassette tapes in sacristy cabinets, that might lead us as we seek justice.

McKenna Lewellen is Program Coordinator at The Center, a mission initiative of the Presbytery of Baltimore, and a  member of the 2018 ICJS Justice Leaders Fellowship.