Faith Through a New Lens 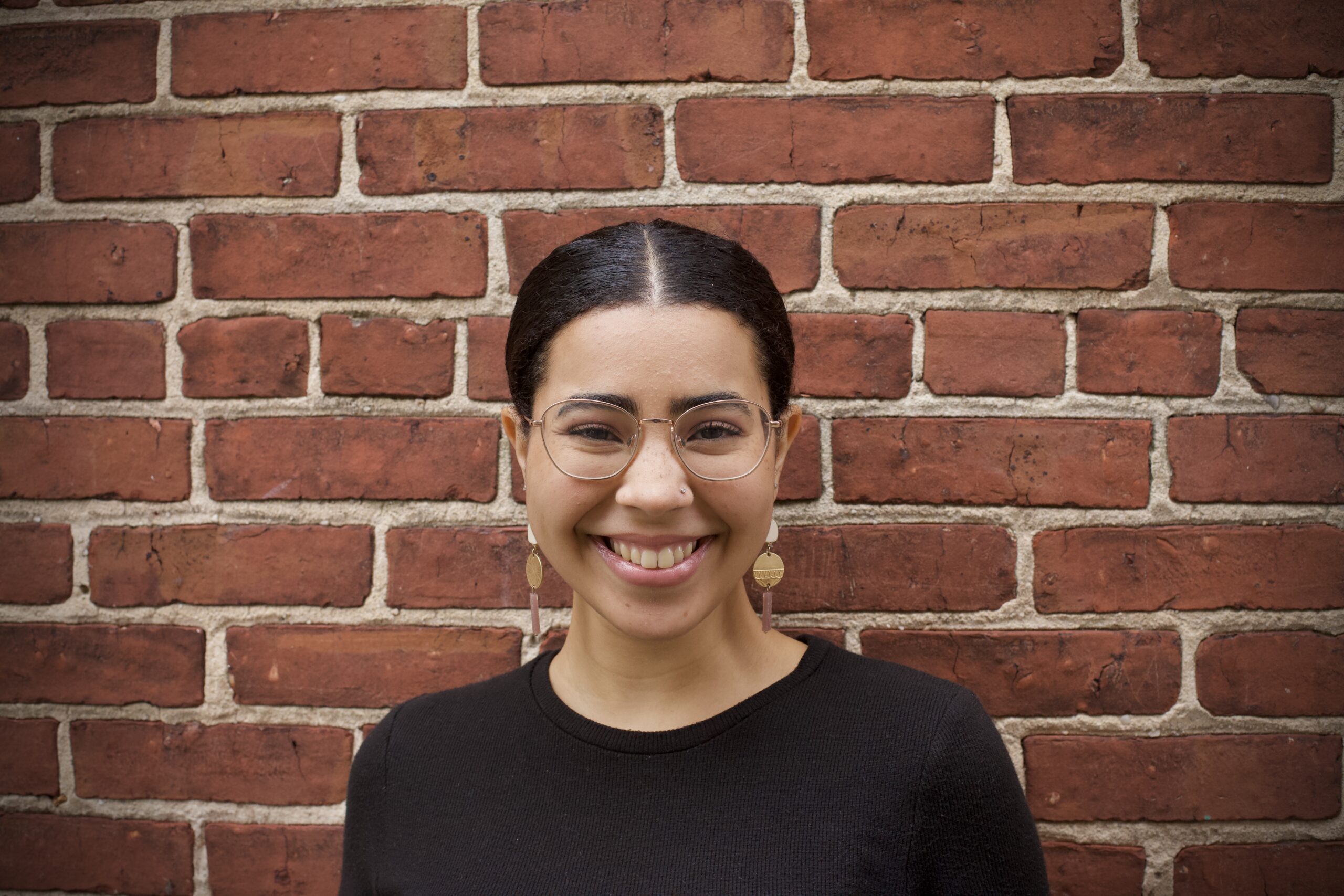 Morgan State student Evana Upshaw came to the ICJS economic justice course because she had to: it was a course requirement.  She stayed because she wanted to. What began as a simple assignment became a way for her to engage with other religious learners outside of her faith.

“Dutifully as a student, I went. But then, when I got there I was like, ‘Okay, wait. This is actually interesting. Wait, I kind of want to be here,’ ” she said with a laugh. “It ended up being a really good situation.”

Evana was raised at various times in two small, conservative Christian denominations, the Evangelical Free Church and the Evangelical Covenant Church, by parents who were very involved in the faith. Whether their responsibilities were formal or informal, Evana said her parents always played a role in the leadership and ministry of the congregations they attended. Throughout her time living in Chicago, Minneapolis, California, and now Baltimore, Evana and her family have always found a home in the Evangelical tradition.

She started her college career at a private Christian school in Southern California. Evana explained that the religion courses she took there were taught from a specifically Christian lens. “We’d just pinpoint where [other religions were] all wrong as opposed to learning from them and gaining wisdom,” she said.

22-year-old Evana recently transferred to Morgan State University, and she is learning to see religion through a new lens. Evana said her time spent with ICJS complements both her coursework and her faith journey. As a young adult, she is allowing herself space to look outside of her faith tradition for knowledge and understanding. “I’m like a sponge right now,” she said. “I’m soaking everything up from everywhere and trying to look at it objectively.”

Her courses at Morgan State take on a more critical and pluralistic view. In the two religion courses she currently attends, she is learning how religions of all kinds impact cities, specifically Baltimore. Another course, which focuses on spirituality and the helping professions, explores how religious and spiritual beliefs impact perspectives and relationships.

Evana said her involvement with ICJS has also helped her look at religion more critically. “I’m personally doing a lot of faith exploration right now, so it was really interesting to actually sit at the feet of people who are different from me in terms of faith and learn from them,” she said. “It’s helped me to take a step back and look at my faith, and what I believe, and analyze it critically.”

Further, Evana learned that some of her assumptions about how those belonging to Muslim, Jewish, and Christian traditions would interact weren’t correct. “I don’t know that I’d had theological conversations with people outside of my own faith belief system, and so I’m just really grateful for the opportunity to have been able to listen and then engage with those perspectives.”

Before attending the class with ICJS, she wasn’t sure if Muslim, Christian, and Jewish people could really create a dialogue together. “From my very limited perspective, I’d only seen this tension, and so I was in a space for the first time where these faiths were getting along and saw common things amongst each other.”

Reflecting on her experience now that the course is over, she’s glad she was given the opportunity to participate. “I’m really grateful that it was required for me to be in that space, because I wouldn’t have been there otherwise,” she said. “That space gave me the opportunity to see through other people’s eyes.”

Angela Cava is the Communications and Development Associate at ICJS.