Bringing Religious Difference Into the Classroom 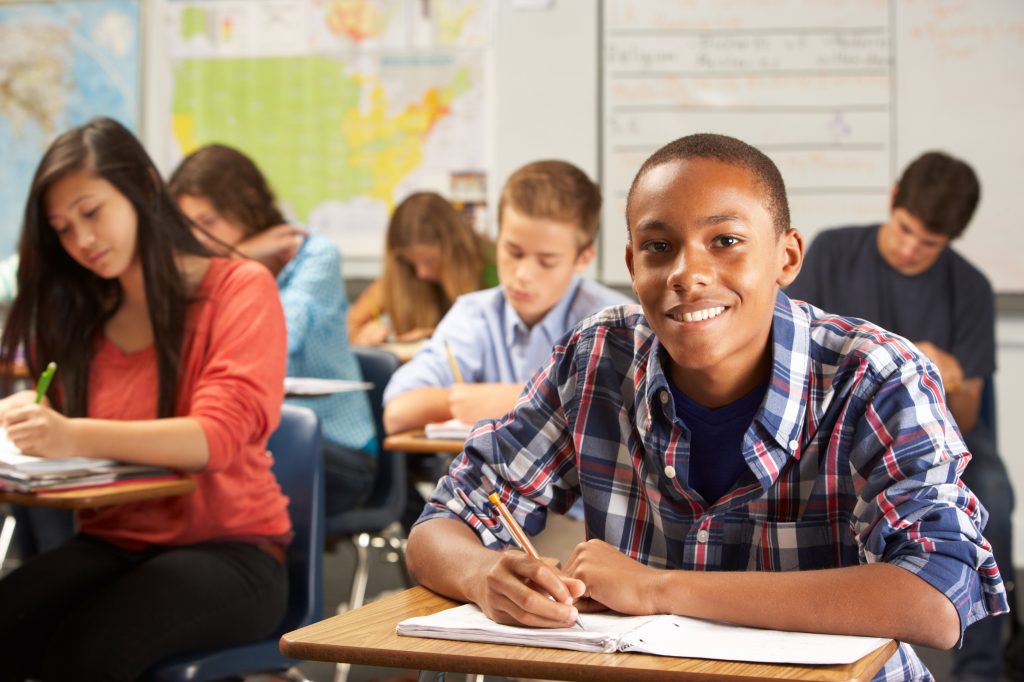 Religion has always played a huge part in my life. I was raised Roman Catholic, but then as a rebellious teenager, I had an “enlightening” and denounced Catholicism. Years later my mom died, and that drew me back to Catholicism. At the same time, I was working in theater, and religion was a factor in almost every play I worked on, especially Shakespeare. I began to realize the importance of religion not just for me but for everyone. I began to see religious structures in our lives. Then I began to realize that my religion was not the only one that mattered.

I joined the Institute for Islamic, Christian, and Jewish Studies (ICJS) Teaching Fellowship because of “ICJS’s” passion for bringing religion back into the classroom. But at ICJS, it is not about instilling belief or a conversion. It is about celebrating our differences and the effect that can have on our young. I also joined the fellowship because I wanted to know more about everybody else. It was a means to familiarize myself with someone different from me. Then the question arose: Why is religion important in school and why should we teach it?

I am a teacher of senior English language learners at Digital Harbor High School, a grades 9–12 magnet school in Federal Hill, Baltimore. In class, we were reading Margaret Atwood’s The Handmaid’s Tale, a ‘speculative’ fiction novel set in a theocratic government. I thought about the question again: Why is religion important in school and why should we teach it? I decided theocracy was the way to answer the question.

With any learner and especially English Language Learners, it is important to put whatever is taught in context. Putting a lesson/idea in context can help the learners make a connection to it and form a point of view. Once they have that connection and point of view, then it becomes relevant. And when it is relevant it produces meaningful discussions.

I developed a lesson on theocracy using The Handmaid’s Tale as an anchor. We were three quarters into the book and had many discussions about the novel’s futuristic setting of Gilead and Gilead’s theocratic government. I began with The Vatican and spoke about my own upbringing in a strict Catholic home. We discussed Yemen, Saudi Arabia, and Iran. My students thought that Atwood was making all this stuff up about a theocratic state. Showing them that it is real today put theocracy in context for them. We discussed the terrors of it in the novel, but we also discussed the joy that it brings to the people who celebrate it.

I had recently been to Vatican City and shared personal pictures of this city. I was explaining to them that religion is everyone’s personal choice and everyone’s personal right. Yes, you may not agree with the way people’s lives are twisted in The Handmaid’s Tale, but the fact is that theocratic state has its own personal right and justification in keeping the human race in evolution. Religion in any form is not bad or wrong. It may be perceived as that because we don’t understand, appreciate, or empathize with its worshipers.

The lesson I taught fortified my feelings that students need to be exposed to the various religions of the world because religion is what makes up the world. Many wars have been fought. Many books have been written. Many people have died. All in the name of some god. It is all around us, and it is us.

The theocracy lesson went better than I expected. After my introductions, explanations, both sides of the story spiel, and my personal account, the students began to see theocracy as not just something an author made up. Initially, my students were too close to the book to see the good of the religion, but it got them thinking and talking. No opinion is a bad opinion, and they had many. Finally, it does not matter if you agree or disagree with a person or a religion, but it is essential that you understand that that person’s belief is just as valid as yours.

I realized through this experience that teaching religion is not about preaching or converting students. It is about the essence of our daily lives. Religion is a history of the human race. Bringing religion into the classroom allowed my students to discuss freely their opinions and their own beliefs. Religion can facilitate honest discussions, and it is those discussions that will lead us to understand each other and appreciate each other’s different choices. As my Teaching Fellowship friend and fellow teacher Matthew told me at a recent meeting, “It is the differences that matter.” Yes, that is what gets the conversation started, and that is what keeps it going.

Peter Lomuscio is a Digital Harbor High School Social Studies Teacher. Lomuscio was a member of the 2018-19 ICJS Teachers Fellowship.