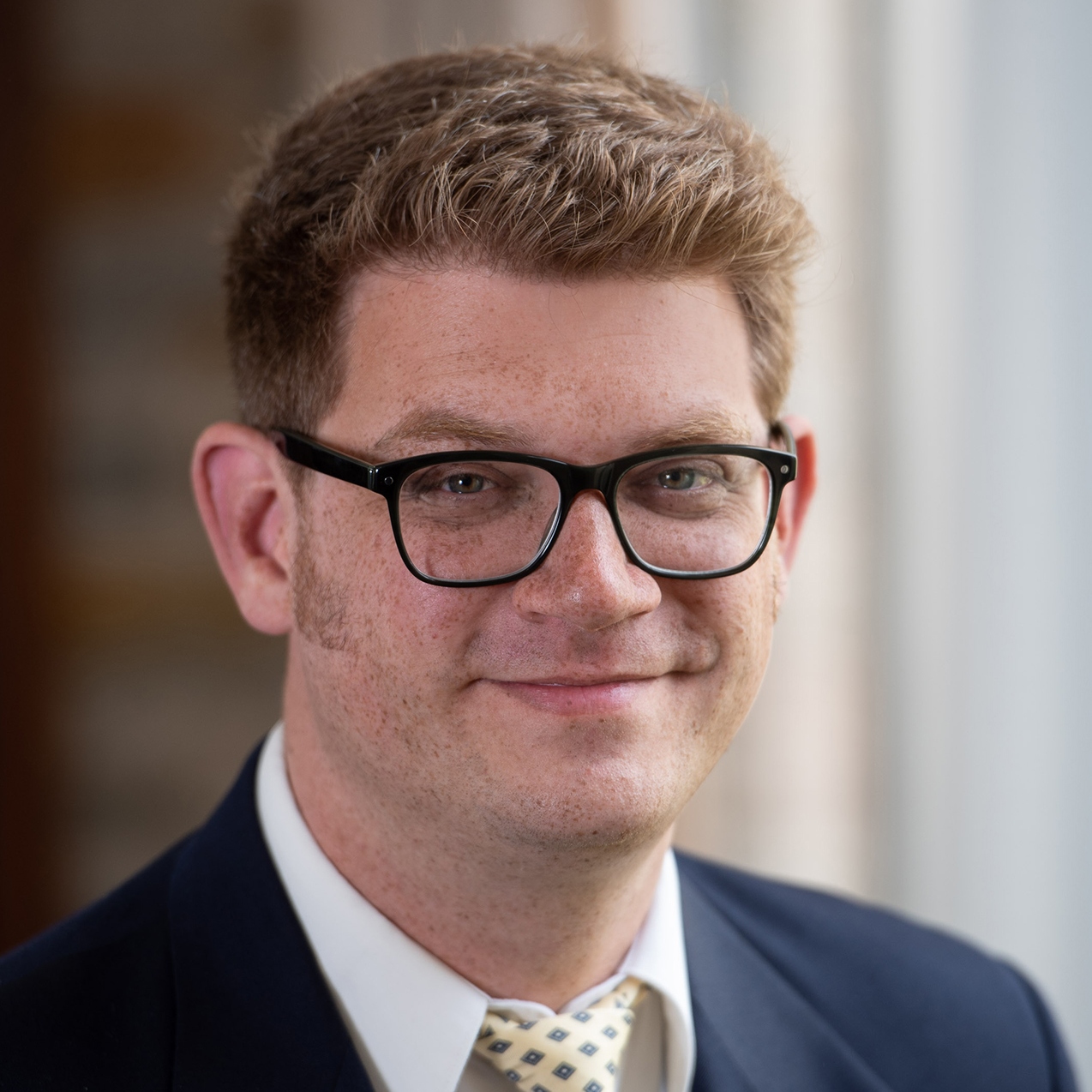 Matthew D. Taylor, Ph.D., is the Protestant Scholar at ICJS, where he specializes in Muslim-Christian dialogue, Christian theology and interreligious engagement, religious politics in the U.S., and American Islam. Prior to coming to ICJS, Taylor served on the faculty of Georgetown University and The George Washington University, and he is currently a faculty member in the Theology Department at Loyola University Maryland. He is a member of the American Academy of Religion, the North American Association of Islamic and Muslim Studies, and the Company of Teachers of the Reformed Institute of Metropolitan Washington. Taylor holds a Ph.D. in Religious Pluralism and Muslim-Christian Relations from Georgetown University and an M.A. in Theology from Fuller Theological Seminary. His forthcoming book, American Scripturalism: The Parallel Lives of Salafi Muslims and Evangelical Christians (2022), offers an introduction to the oft-misunderstood Salafi movement in the U.S. by way of comparison with American Evangelicalism.

Article, “Between Saudi Authenticity and American Integration: AlMaghrib Institute and the International and Domestic Possibilities of Salafism”

Book Review: An American Biblical Orientalism: The Construction of Jews, Christians, and Muslims in Nineteenth-Century American Evangelical Piety by David D. Grafton for Dialog: A Journal of Theology (September 2020)

Book Review: Sacrifice in Judaism, Christianity, and Islam by David L. Weddle (NYU Press, 2017) for Reading Religion: A Publication of the American Academy of Religion (January 2019)

“‘We are going to rule and reign through Trump and under the lordship of Jesus Christ’ – A Stereotype-defying, Immigrant, Christian Nationalist Pastor at the January DC Protests” at the American Academy of Religion, San Antonio, TX (November 2021)

“Reformed Theology’s Reasons for (and Hesitation about) Interreligious Dialogue” for The Reformed Institute of Metropolitan Washington, Washington, DC (June 2021)

“Common-sense Idioms in a Shared Environment: Why do Salafis in America sound so much like Evangelical Christians?” at the North American Association of Islamic and Muslim Studies, Boston, MA (September 2019)

“White Supremacy, Christian Theology, and the Rising Violence against Jews and Muslims” for Hadassah of Greater Baltimore (May 2019)

The Roots and Reality of U.S. Christian Nationalism

Is the United States a “Christian nation,” a “Judeo-Christian nation,” or a “secular nation?” This has been a much-debated question throughout American history. As religious diversity, congregational membership, and racial demographics have shifted, some American Christians have created a reactionary response, which includes violence, as evident at the Capitol Insurrection. Their goal is to “take back” and “restore” America’s Christian identity. In this 3-week course, ICJS Protestant Scholar Matt Taylor explored the theological and historical ideas that underpin the American Christian nationalist narrative, examining both the deep roots and the present-day realities of this Christian nationalist identity in the U.S. and consider the threat that it poses to American religious pluralism. About the Instructor Matthew D. Taylor is the ICJS Protestant Scholar and an expert on American Evangelicalism and Islam. He is currently writing a book about the role that Christianity played in the January 6th Capitol Riot

Making Sense of Religions Amidst Insurrection at the Capitol

From crosses to nooses, shamans to shofars, it can be hard to make sense of the wild mix of religious, civic, and conspiracy-theory images and symbolism that came together in Jericho Marches protesting the election results and culminating at the U.S. Capitol on January 6, 2021. ICJS scholars unpack the religious symbols present, their significance, and what does this mean for our religious communities and our country? Moderated by ICJS’ Matthew D. Tayler

Common-sense Idioms in a Shared Environment: Why do Salafis in America sound so much like Evangelical Christians?

Presentation at the 48th Annual Conference of the North American Association of Islamic and Muslim Studies.

A Cautionary Tale for Interreligious Studies from Comparative Fundamentalism: Who is at the Table?

Article in the Journal of Interreligious Studies.