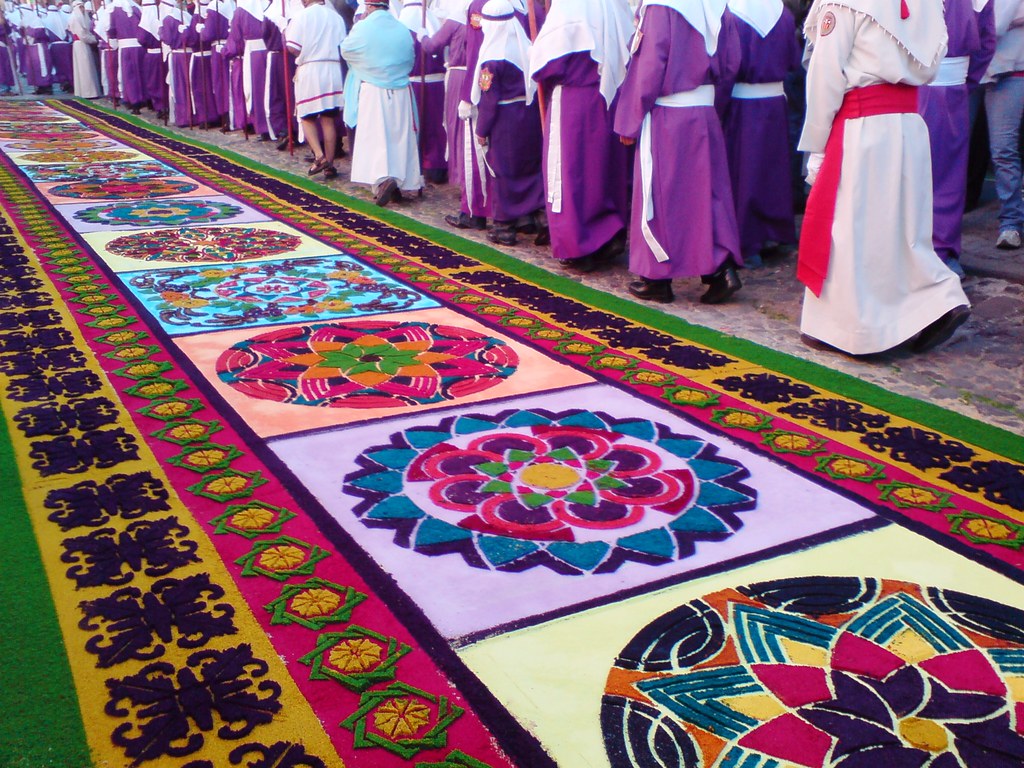 As a first-generation immigrant and Spanish teacher in Baltimore, the process of putting together my presentation for the other teacher fellows was quite challenging. The multiple reasons for the difficulty of this task ranged from incorporating the topic of religion in a language class (Spanish) to presenting a religious topic in a non-religious school. However, this presentation made me think about the way Spanish teachers omit the topic of religion in their cultural lessons.

Being born and raised in Peru, I am aware of the tremendous role of religion in the making of societies and the immense role that religion played in my education as an individual. Collectively, religion has an active role in the educational system because religion has been the center of modern society since colonization. Of course, the dynamics between religion and Latin American cultures have changed over time due to multiple historical forces to determine what we understand as our current society. Indeed, rather than presenting a conclusion, I was more interested in showing my students the process and understanding cultural differences.

Individually, there are countless memorable stories that I wanted to share with my students as a Peruvian who was first Catholic and later became an atheist. One of my experiences that I was able to convey was that as an atheist, I continue to go to confession in a church because it alleviates my spirit and helps me connect with someone to share good or bad experiences. In the end, and I hope not to be wrong on this assertion, religion helps to comfort the spirit and feel part of something bigger than ourselves.

Putting together these ideas while maintaining the educational etiquette of following the curriculum despite everything was the challenge. As an educator who attempts to ignite the critical thinking of their students, it would be tremendously hypocritical to assert that the current Spanish curriculum is fully complete without the inclusion of at least common religious vocabulary in the Spanish language: amén, Dios te bendiga, bendiciones, lo que Dios disponga, ojalá, hermano, etc.

Unfortunately, our secular education has been interpreted as an education that omits the historical understanding of religion in the Spanish curriculum. However, after talking to my mentor, I decided to include a lesson about Holy Week in Guatemala that presented religious rituals resulting from syncretism. One of the religious rituals was the creation of alfombras religiosas (religious rugs) to show the specific cultural interpretations of religion, life, and spirituality.

This experience was splendid because it made me question my role as an educator and an activist to become more inclusive in all aspects. Honoring our students by becoming more inclusive sends a clear message against assumptions, stereotypes, and false claims. It has been a pleasure to find this alignment in other colleagues’ presentations that saw clear connections between different content areas and religion to open interreligious dialogues between educators and students. (Re)engaging students with an interreligious lens about religion is not only a duty of religious educators; it is also a duty of any teacher who seeks inclusiveness in their school, classroom, and society.

Maximo Alfaro teaches Spanish at the Academy for College and Career Exploration and was a fellow in the 2021-2022 ICJS Teachers Fellowship.