Our Collective Responsibility to Seek Justice 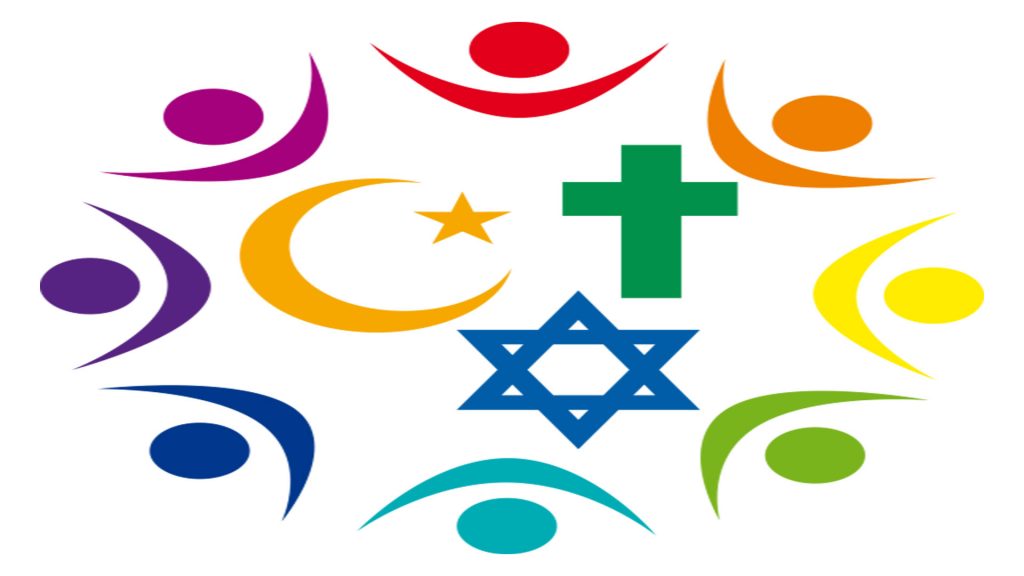 I grew up in an interfaith household – my mother is Jewish and my father is Christian. When I was younger, my parents told us that growing up in an interfaith household was a “big deal,” but I did not quite understand why. In my mind, it was normal to go to synagogue for Rosh Hashanah and church for Easter. My parents emphasized the similarities in the religious traditions, and I learned about water as a symbol in Christianity and Judaism.

Yet, as I became older, I started to hear stories of the anti-Semitism that my mother experienced while attending our Presbyterian Church. This was the first exposure I had to racism that can occur in interfaith spaces. After 9/11, I witnessed Islamophobia permeate our country. (I’m sure Islamophobia was pervasive before, I just was unaware.) From my childhood and throughout college, I came to understand religion as a divisive force that perpetuated injustice.

It was not until my volunteer work with Jews United for Justice (JUFJ), an activist organization based in DC/Maryland, that I began to understand the power of religion as a tool for justice. Through JUFJ’s collaboration with other faith-based organizations, I became exposed to the role of interfaith organizing in combating institutional racism and white supremacy.

With JUFJ, I worked on water justice issues and the Water Accountability and Equity Act. I learned about how water is a symbol of justice in the Jewish faith. Coming into this fellowship, I only had a rudimentary understanding of the relationship between water and justice. Further, this understanding was limited to the Jewish and Christian traditions; I did not know the relationship between water and justice in the Islamic faith.

Over the course of this fellowship, I learned about how water is a way to communicate God’s message to human beings. God’s message communicated through water can be one of mercy or judgement. In Christianity and Judaism, for example, Noah’s flood demonstrates how unjust systems of power in the world will face the judgment of God. In Christianity, water is the destructive force for idolatry and lawlessness. Similarly, Islam highlights that the material world is a metaphor for the spiritual world. It is in this light that we can interpret natural disasters, as well as the fortunes of having access to water, on Earth.

On a related note, I have learned about how humanity has the power to use water (and God’s word) for the forces of good or evil. Islam underscores that man is given the power to use the resources of nature to take care of the Earth and humanity. Yet, it is up to humanity to live out justice. In other words, we, as God’s people, must be active in the world and uphold justice. The Qur’an implores individuals to be active in every situation. This recognition is similar to Judaism, which underscores that, “To be human is to be accountable.” In other words, humans need to live just lives.

Throughout the fellowship, I also learned about how water and God’s word are interconnected. In Judaism, Torah means revelation, as well as water. Similarly, in Islam, the term nazala means both sending down scripture, as well as water. Here, Islam and Judaism underscore the interconnectedness of scripture and life (through water). In other words, the rejection of scripture can translate into the rejection of life.

Overall, the fellowship discussions have underscored that justice, and in particular water justice, is intimately intertwined with our religious texts. Islam implores humanity to act justly and with fairness and proportion. It is up to us, as humans, to speak out against injustice.

According to Jewish ethics, there are no innocent bystanders in a society where there is oppression. In other words, to be part of the Jewish tradition, it is important to argue for justice and plead for mercy. The Torah is a public vision for a just society and calls upon Jews to collectively create a society free of oppression. In Christianity, Christians have the moral responsibility to seek justice for the poor and oppressed. In the context of water justice, these traditions mean that we have an individual and collective responsibility to preserve water for everyone, and to fight when water is being privatized, misused, or poisoned.

The consistent message of the interconnectedness of religion, water, and justice encourages religious beings to collaborate in the pursuit of justice. In the context of today’s society, it points to the importance of interfaith organizing and dialogue.

This consistency in messaging also points to the role of faith as a foundation for justice. These religious texts highlight that as God’s people, we cannot passively wait for justice, but rather, must live out and seek justice during our time on Earth. If we do not, we will suffer the consequences, most obviously manifested through ecological destruction.

Finally, these texts point to the interconnectedness of human nature, highlighting that we have a collective responsibility to seek justice as a society. On a personal level, as a Jewish and Christian woman, these texts have inspired me to fight for justice alongside my Muslim brothers and sisters.

Natasha Robinson-Link is a volunteer with Jews United for Justice, a Clinical Community Psychology Doctoral Student at the University of Maryland, Baltimore County, and a  member of the 2020 ICJS Justice Leaders Fellowship.