Using My Religious Voice for Advocacy 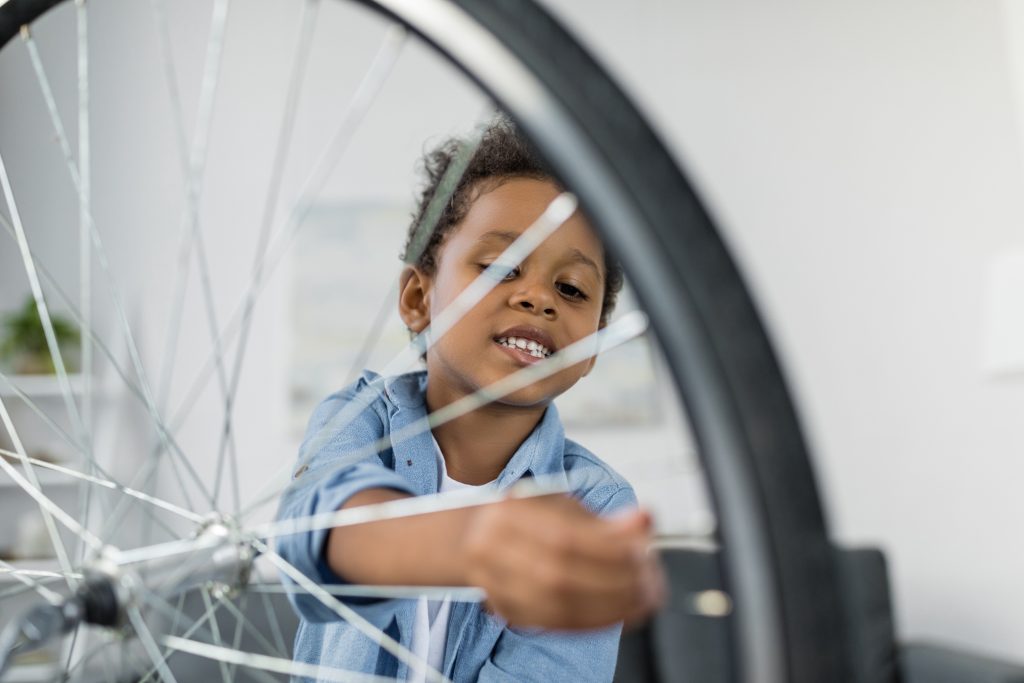 Faith Leaders called to this work must not be silent. We are called to use our religious voices lest we become a complicit cloud of witnesses to the injustices that envelop us. As people of faith, we are called out to reflect the image of Christ in our way of being and doing (i.e. our service) in and to the world, to become what the theologian Dietrich Bonhoeffer describes as the “Imago Dei” (i.e. the Image of God). Consequently, humanity, created in the image of God means, “being for God and the neighbor, in original creatureliness and limitedness.”[1]

However, I have discovered that the image of God in western society does not align very well with someone who looks like me and the reality of black bodies existing in this world.

Over the course of my life, I have been inculcated by false narratives that fostered (what I now realize was) internalized oppression[2], because they indoctrinated me to believe that my worth as a human being was less than others. Early on in my life, society’s accounts about me conditioned me to believe that my black life didn’t matter. I was forced to navigate through the marginalizing haze of discrimination and the psychological fetters of oppression that diminished my self-esteem and adversely affected my capacity for self-affirmation.

I can vividly remember running out of my house when I was seven years old to go play baseball with friends. A police officer who was driving by came to a screeching halt in the middle of my street. He jumped out of his car with his hand on his holstered gun. He asked me what was I doing running out of that house. I told the officer that I lived there, to which he became more belligerent with my small seven-year-old frame and yelled, “Don’t lie to me boy! Now, what were you doing running out of that house!”

It just so happened that my Aunt Bessie heard the commotion from screeching wheels and the shouting officer, and came out of the house asking what was going on. Now understand, my aunt was a fair-skinned African-American woman who had pronounced Euro-American features (because of the sordid history of white slave masters violating African slave women). When the officer saw her, he responded very cordially saying, “Don’t worry ma’am, I just saw this boy running out of your house, and I am questioning him to make sure you are safe.”

My aunt immediately clapped back and said, “This is my nephew, and this is his home!!”

The officer, red-faced with embarrassment then sheepishly said, “He lives here?” and my aunt responded, “Yes, and what?!?”

At that moment, the police officer angrily got in his car, slammed the door, and sped off. I went back into my house afraid to play outside in my own neighborhood.

Incidents such as these occurred throughout my life. Police officers often accused me of stealing my own bike and then threatened to “come get me” if they received any report of any stolen bike in the neighborhood.

Now as an adult, with a stronger affirmation of self because of my understanding who I am in Christ, (i.e. created in the image and likeness of God), and my education in critical race theory — taught in the many masterclasses with Officer Friendly and other racist teachers like a leader in a former employment setting who called me “Buckwheat” and “Monkeyboy,” I have come to recognize the necessity for using my voice as an African-American preacher and follower of the teachings of Jesus Christ in the work of advocacy to cast down the strong tower of injustice.

So, I now often find myself in the position to speak against the multiplicity of injustices that are diffused throughout our society, both in the church and the public square. Which, contrary to popular opinion is neither convenient nor thrilling. For there is often a misconception that the work of human and civil rights ministry is living the glamorous life, however, true work of advocacy as a prophetic witness of, and to the church and society is not only not glamorous, but it can also be precarious.

For any time one uses her or his religious/spiritual voice in a counter-intuitive, counter-cultural manner that speaks antithetically to the racial, cultural, economic, and political narratives that many people in our society have become indoctrinated, inevitably violent resistance will emerge. Whenever anyone advocates and authentically accompanies those of us forced to encounter the daily brutality and violence of injustice, discrimination, and marginalization by powers and principalities (i.e. institutions and structures of privilege), resistance and hate will rear its ugly head, in the public square, and especially in the church.

In one encounter, I was asked to facilitate a talk at a local church on the magnificent and thought-provoking documentary, 13th by Ava Duvernay. The film provocatively and unabashedly illustrates the unjust criminalization of people of color through discriminatory policing, draconian sentencing, and mass incarceration in the United States.

During the talk, I expounded upon Duvernay’s thesis by integrating the Scriptural teachings of Christ, accompanied by theological ideas from leading liberation theologians that would offer a broader analysis of this social crisis through the lens of grace, justice, and mercy. After the talk, I was aggressively confronted by one of the community members who was offended by the counter-intuitive perspectives I articulated. Because I was in an overwhelmingly white space, I felt vulnerable — being ever mindful of the history of white rage against black bodies — while at the same time, paradoxically empowered by having the opportunity to share a historical narrative often left untold.

As such, I will continue to use my voice grounded in my faith to speak out against injustice because as a follower of the teachings of Christ, I believe it is in the words of Bonhoeffer, a cost of my discipleship.

Rev. Scott Adams is Assistant Director of Interfaith and Ecumenical Ministries at Loyola University, and a  member of the 2018 ICJS Justice Leaders Fellowship.