The World Is In Trouble… 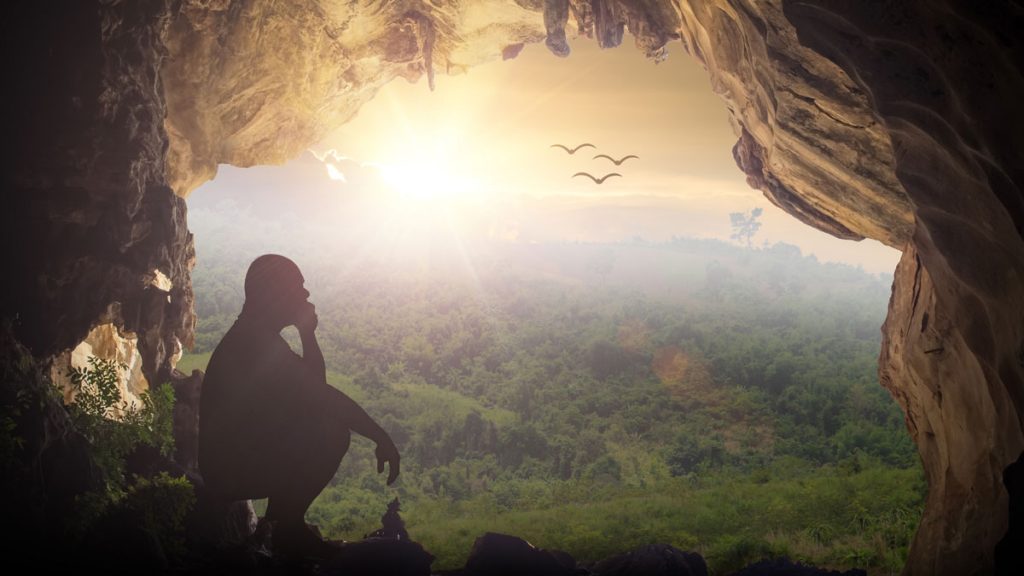 “The world is in trouble
You better be humble”
– World Crisis, Raging Fyah

As a 2020 Justice Leaders Fellow (JLF) at the Institute for Islamic, Jewish, and Christian Studies, I have embarked upon a yearlong interfaith study of water justice in the Jewish, Christian, and Islamic traditions. Under the guidance of American religious historian and JLF Director Fatimah Fanusie, ICJS Jewish Scholar Benjamin Sax, and ICJS Protestant Scholar Matthew Taylor, my cohort and I study, discuss, and reflect upon passages from Torah, Bible, and Qur’an, in addition to other commentaries and religious texts that inform Jewish, Christian, and Muslim thought on the nature and role of water and justice. None of us could have known at the outset that our year of study would be profoundly impacted by a global pandemic, and that our work toward understanding the concept of justice in an interfaith context would be tested with a new urgency and demand for application stirred up by the events surrounding the murder of George Floyd.

In his 1937 lecture, “Religion and Natural Science,” Nobel Prize-winning physicist Max Planck asserted that, “Man needs science in order to know; religion in order to act.” As Justice Leader Fellows involved in various facets of establishing a more just society in Baltimore and the surrounding areas, we engage in this project for many reasons, not the least of which is to evolve in our knowledge and understanding in order that we might ACT more purposefully in a time and environment in desperate need of healing and justice.

One of the fundamental questions lying at the heart of our examination of justice–“To whom does the earth belong?”–was brought to the fore by Sax In his introductory course, “Water Justice in the Jewish Tradition.” We were asked to reflect on the following statements, both found in the book of Psalms:

What looks to be a contradiction is resolved by a rabbinical postulation that humanity can benefit from the earth only after a blessing is recited. In our Table Talk discussion, my group discussed the idea that the constant recitation of a blessing might become tedious or even untenable, thereby rendering any human benefit from the earth as sacrilegious, detrimental, or both.

Upon further personal research, I discovered that the term for blessing most likely referred to in this explanation is the Hebrew word barukh, which is not a verb, but an adjective describing G-d as the source of all blessings. Hence, one could understand the blessing as a ritual recitation, but more importantly as an attitude of awe and wonder, acknowledging G-d as the Creator and Bestower of all that is beneficial. Such an attitude can only be cultivated with humility, a recognition that earth and its blessings were designed by G-d for humanity, and those blessings incur benefit only when the Source of said blessings is acknowledged.

We encountered this idea again in our study of “Water Justice and Christian Tradition(s)” with Taylor. As we grappled with the rich apocryphal language and search for an understanding of the myriad roles that water plays in both punishment and reward, Revelation 16 reminds us that those people subject to the seven plagues consistently adopt an attitude of ingratitude and arrogance. They curse G-d and refuse to repent, an act which requires the ultimate position of humility – surrender.

I am awed by the consistency in G-d’s message by the time we reached our third meeting and Fanusie introduced to our cohort (reiterating for those of us who are Muslim) Qur’anic language describing the earth and its resources as being subject to humanity as a trust for both care and benefit. The Qur’an paints a portrait of G-d’s sovereignty as Creator, as well as G-d’s mercy and generosity in providing for humanity from that creation. The role of humility in humanity’s relationship with both G-d and creation is evident from verses in the Qur’an that describe the reaction of the people of Noah’s time as persistently arrogant. Their subsequent destruction by water, one of G-d’s creations, is a clear and consistent message hearkening back to our earlier study: Benefit comes to the ones who are humble – those who acknowledge and express gratitude for the source of their blessings.

Our world is in crisis. It has been for some time. The earth, its inhabitants, its resources, and its stewards are in trouble. What began with a reading of What The Eyes Don’t See–an incredible account of the Flint water crisis–and a cohort of Justice Fellows interrogating the idea of water justice some months ago has evolved, by dint of our current world crises, into a critical search for guidance and collective reflection to inform wise action in the moment.

Our last meeting ended with a contemplation of justice in Islamic tradition(s), more specifically, justice according to the Qur’an. It is a concept involving the Arabic terms ‘adl,’ ‘qist,’ and ‘shura baynahum,’ which together encapsulate the notion that justice is that which is good and fair, apportioning that which is due, and ensuring that all voices are consulted in matters that affect them.

It is evident to me that such a concept is rooted in an idea shared across the Abrahamic faiths, that the earth is created by G-d and given to all of humanity to care for and to use. Justice is predicated, then, upon the extent to which those for whom G-d intended benefit can access and receive it. And the only prerequisite for that bounty is something of which every human being is capable, but which remains in short supply.

Check the lyrics:
We had better be humble.

Faridah Abdul-Tawwab is president of NIA, and a  member of the 2020 ICJS Justice Leaders Fellowship.