Lifting the Curtain, Seeking the Light 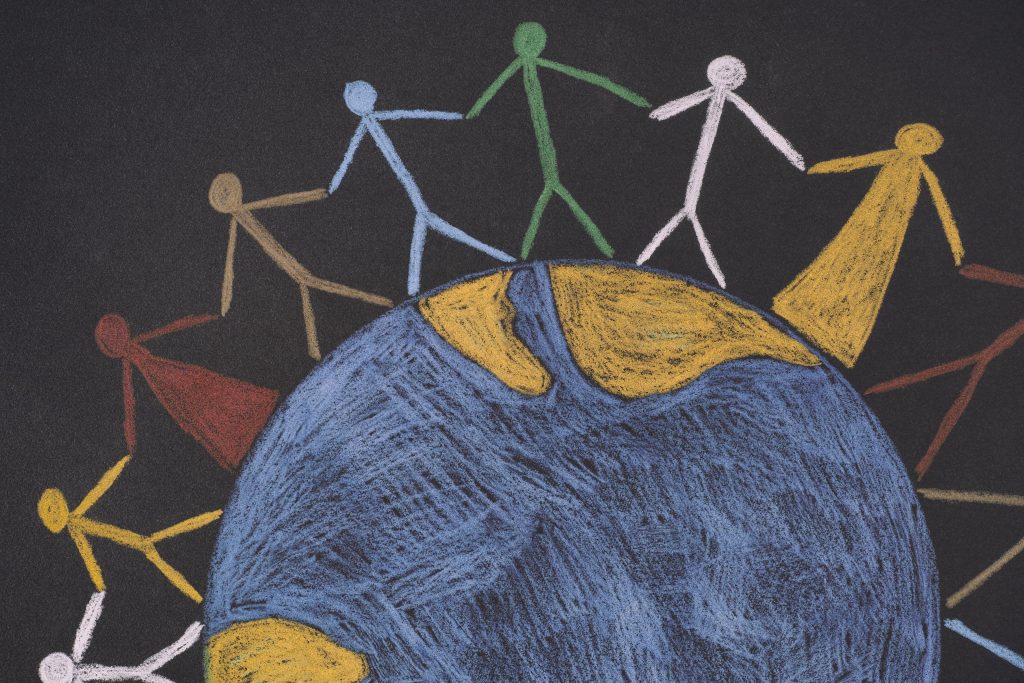 After a horrific event like the massacre in Pittsburgh in October, many people claim they have no words.

When I learn of a tragedy, I am shocked, confused, numb. I have no words.

Then, I sense the words — they are buzzing just behind a curtain.

I do not want to lift the protective veil.

However, soon the images slide beneath, and I awaken to elements of the horror.

Then I sit at the computer. With my hands on the keyboard, those images whisper. They howl. They seek and often demand passage into the chaotic tangle of feelings.

The words that arrive, after traveling through this jumble of fear, often surprise me. This assembly of letter-symbols and spaces are often disturbing and precise.

The words wind and writhe and careen into my fingers from a source that feels more sacred and knowing than cognitive. Yet, I type these words with my hands and I spit these words from my mouth.

This massacre in Pittsburgh directly collided with my perception of safety. For days, images of the carnage at the Tree of Life synagogue flashed through me. My fellow Jews. My people were murdered because they were Jews.

A week after the massacre, I became aware that I was seeing my own synagogue as the backdrop to the bloodbath.

I have held these pictures back. But now the words are buzzing and the curtain is open.

I see bodies in our sanctuary
Our bodies
The years will pass, yet still
I will see our bodies
Just below the surface of shalom
They are grisly, crimson, and bullet-ridden
These bodies that belonged to us
We are Jews
Jews who chant from our holy texts
who confidently lead services and who try to follow along
who passionately or awkwardly sing when called to the Torah
who learn — question — debate — the ancient rabbis and one another
We are Jews
Jews who prepare kiddush and clean afterward
Who kvetch and praise
We are Jews
Jews who pray and
who try to pray
Jews who say that
they never pray
Now our bodies lay
Bloody by the entryway
Now our bodies are twisted and broken
by the ark where the Torahs are kept –
Under the Eternal Light
November 9, 2018

Two weeks after the massacre in Pittsburgh, it is November 9th and it is the 80th anniversary of Kristallnacht, also called the November pogrom. I realize that this poem echoes another poem that I wrote five years ago this week about Kristallnacht, the Night of Broken Glass.

Was just
One more smack
On the path to hell
From a country intent
on murdering itself
Seventy-five years later
There is longing
There is knowledge
There is reconciliation
I have experienced
the beauty and truth
That comes with compassionate listening
But when I think of this day –
I still see shards of glass
Embedded in my heart
I still see blood
November 8, 2013

When I wrote this poem about Kristallnacht, I had not imagined that anti-Semitism in the shape of murder would befall the Tree of Life synagogue in Pittsburgh. Until now, I had not conceived that an American synagogue — even my synagogue — could become a setting for a massacre.

Recently, far too many white American men have fantasized about murdering the humans they hate. Too many have created calamity with their own minds and hands.

Fortunately, other Americans — women and men; African Americans, other people of color and white people; Christians, Jews, and Muslims — have spun dreams of interfaith listening and learning, and heartily woven them into reality. In Baltimore, Maryland, the Institute of Islamic, Christian, Jewish Studies is one such beautifully braided cloth.

A few years ago, I did not know that I would have the opportunity to learn and facilitate as an ICJS “Imagining Justice in Baltimore” fellow this year. I didn’t know that I would choose to make this work a holy ingredient in my life.

Like all Americans last month, I found myself in the midst of a distressing two weeks that included a series of bombs mailed to politicians and public figures, the massacre in Pittsburgh, the murders of an African American woman and man in Louisville, Kentucky, the attempt by that same white man to kill African Americans attending church, and the so-called suicide of a young African American man found hanging by a noose in a tree in Missouri.

I wrote the following poem to acknowledge these calculated murders and assaults.

I also wrote this poem to recognize my fellow ICJS participants — people who are willing to look at the trauma in Baltimore and in America, and who want to work together toward renewal.

Where you experience a crisis, may you create calm.

May you seek light — the Eternal Light

May you choose to warm your soul with Holy Fire.

May you help build a better world –

shalom from above and

Jennifer Rudick Zunikoff is a Jewish storyteller, poet, and educator, the founder and director of The Golden Door: Storytelling for Social Justice, and a  member of the 2018 ICJS Justice Leaders Fellowship.