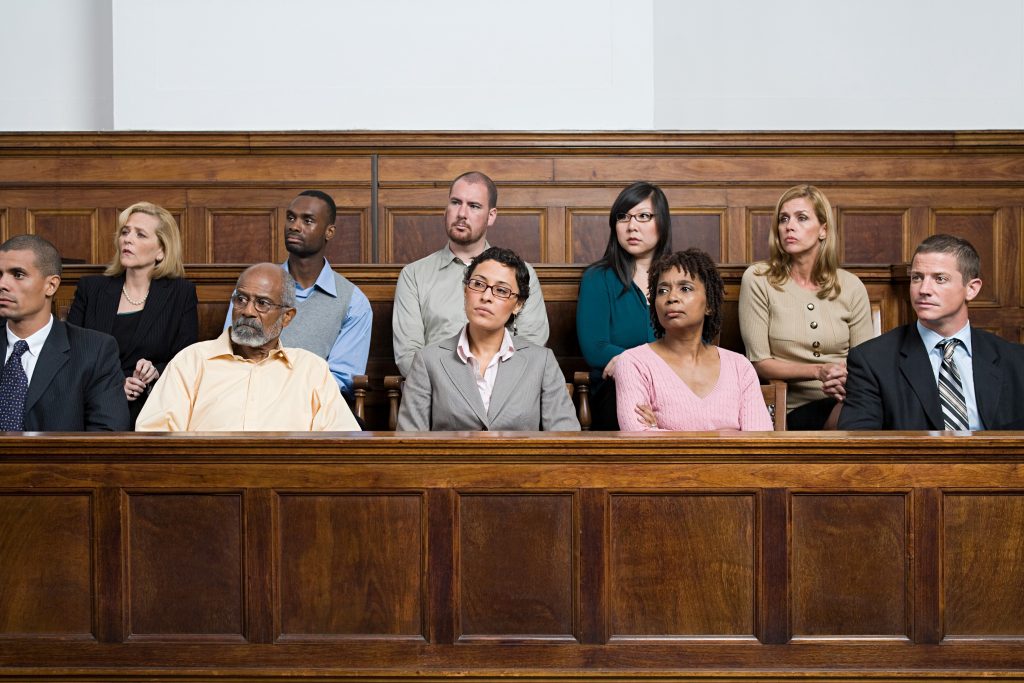 “I cannot accept your canon that we are to judge Pope and King, unlike other men, with a favorable presumption that they did no wrong. If there is any presumption it is the other way against holders of power, increasing as the power increases. Historic responsibility has to make up for the want of legal responsibility. Power tends to corrupt and absolute power corrupts absolutely…There is no worse heresy than that the office sanctifies the holder of it.” -Lord John Dalberg-Acton, from a letter to Bishop Mandell Creighton, April 5, 1887

Last fall, I was called for federal jury selection for a trial concerning one of the police officers accused of corruption during his involvement with the City’s Gun Trace Task Force. On its face, this was the most straightforward real-world application of the Imagining Justice in Baltimore (IJB) conversations imaginable. After months of discussing questions of justice and policing in the Fellowship, I was literally being called on to help ensure that justice within the police department was being upheld.

The excitement of getting to perform my civic duty for the first time as a Baltimore resident was short-lived: As the judge gradually revealed the specifics of the case to the panel of prospective jurors, it was disheartening to be confronted with just how consistent the details of the case were with the side of the City that I had come to know through conversations with the IJB cohort. These faith leaders had shared numerous stories of experiencing discrimination and inequitable treatment at the hands of City police. Sadly, placed within the context of these fractured police-community relationships playing out across Baltimore, no manner of corruption, exploitation, or mistreatment felt surprising to hear.

Ultimately, I was not selected for the jury, and the officer went on to plead guilty to all charges a few days into his trail. Even weeks after this outcome, however, I have found the image of the officer sitting in that courtroom hard to shake.

A constant line through the 2016 Department of Justice (DOJ) report was the boldness with which many of the officers abused their power and authority. Given the nature of the crimes that the officer on trial was accused of committing — and their similarity to the incidents captured in the DOJ report — I suppose part of me expected him to come across as similarly bold, defiant, or unrepentant. And yet, isolated from the power structures that had likely emboldened his actions in the first place, this officer came across as none of these things. Sitting in the courtroom before the judge and jury panel, he simply looked stunned.

This experience was an important reminder that we cannot talk about authority without acknowledging the potentially corruptive influence of power. Wrongly understood and implemented, power can all-too-easily become its own self-justification; when we internalize a conception of power as the freedom from having to answer to others, we begin to act into the social structures that reinforce this understanding. In so doing, we make these structures more real — the hegemonies built along racial, economic, ethnic, and gender lines become insulating sources of self-validation for those who stand to benefit from them.

As the reversal of police-community power dynamics played out in that courtroom, however, the fundamental untruth of this understanding of power was evident. Stripped of the office and insulation that he had used as a license to exploit, there was nothing ‘in control’ about the officer’s presence. He had used his power to isolate himself from those he was called to serve, and all that was left when that power was taken away was isolation.

In the midst of the social evils that play out in our neighborhoods and on our television screens every day, so much of what religion calls us to do is to challenge prevailing notions of what power and greatness look like in the world. Informed by our values and the primacy of human dignity, we are called to lead differently. We are called not just to lead others, but to lead for others.

At times, as Lord Acton so famously argued, religious power structures can themselves be an impediment to fulfilling this responsibility. While the pursuit of control for its own sake is consistently framed as sinful within the Christian Tradition — it is quite literally the Original Sin — it has proven a difficult lesson to consistently take to heart. As a Catholic, the recent Philadelphia Grand Jury Report on sexual abuse cover-up by bishops is only the latest reminder of this sad truth that we as an institution have fallen short of our aim.

In these moments, ecumenical and interfaith dialogue empowers us to widen our perspective. The barriers and dividing lines between institutions fall away, and we are freed to engage in the more fundamental truth of our shared humanity. At its most authentic, religion calls us to remember that great women and men are those who challenge the traditional power-centric conceptions of greatness. By allowing ourselves to be confronted with the beliefs and fears of our neighbors, and by opening ourselves to share in their sufferings and hopes, we embolden one another to grow outside of our limited perspectives, to where true authority lies. As we strive toward a more humane future, our voice can only ever be as authoritative or ‘powerful’ as it is well-worn in conversation with others.

Kevin Creamer is Associate to the Executive Director at Catholic Charities of Baltimore, and a  member of the 2018 ICJS Justice Leaders Fellowship.