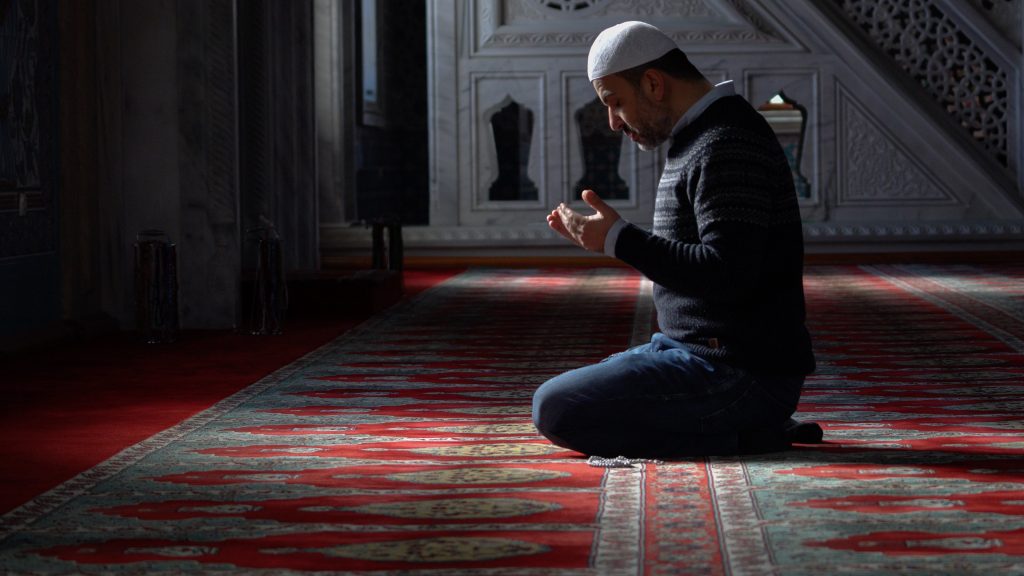 My participation in the ICJS Teaching Fellowship has opened many spiritual doors and provided a variety of deep and important life experiences that surely make me a more open-minded person and understanding educator. I now realize that coming into this program that I was bankrupt in the religious sense, having left the Christian church for the second time about five years ago after questioning church leadership. I had reached an understanding that all religions were ‘different paths up the same mountain’, and experienced enough self-accomplishment to adopt an attitude of ‘don’t preach to me on mountaintops.’ I was removed from religion and taught religions only in the historical sense as static and isolated in a Modern World History class in a public school in Baltimore. Much has changed over the course of the past four months.

It was in December that pluralism truly ‘hit home.’ Not knowing what his reaction would be, I had recently explained my participation in this program to my next-door-neighbor and asked about the potential for a visit with him to his place of worship. It took six weeks of preparation, but we finally settled on a visit to the Maryum Islamic Center on the 28th, which was a date of significance to him as his mother had passed away exactly one year prior. He explained that on Friday afternoons there is a weekly call to prayer and reading of the prophets known as a Sunna. He graciously offered to drive my colleague and I to and from the ceremony and to answer any questions that we might have both before and after the event.

Before the worship ceremony began, we were introduced to the imam and seated in an area in the back of the center where we could observe yet not be in the way. The call to prayer began in Arabic, but later the scriptures were explained in English. The message shared from the Quran was one from Allah to all of mankind, both nonbelievers and believers. To nonbelievers, it was explained that each of us is a part of the creation and not the creator and a reminder that all that is given to us is temporary. For the believers, the message shared was that all parts of life are a part of worship, and that man should surrender and live righteously. The service ended with prayers as the group kneeled, chanting and bowing in perfect unison. We then were greeted cordially by many members of the community who seemed genuinely pleased to welcome us as visitors, and given delectable food platters to take home. Never were we made to feel unwelcome or out of place, and consequently, we felt at peace and at home in a religious setting that was unfamiliar.

On the way home, my neighbor graciously shared some of his personal religious experiences. He had been born and raised Muslim, attended Catholic school and bible studies in adolescence, and finally married a Hindu wife. His devotion led him to attend the mosque almost daily, and his open-mindedness enabled him to understand that his wife and children must follow their own religious paths. When we told him how much we appreciated being welcomed, he explained that for him and others to do anything different would have been un-Islamic. And when he spoke the words peace and blessings be upon you, it was spoken to and from the heart.

What struck me in my visit to the mosque, as well as in the other religious experiences that I have enjoyed throughout the course of this program, is the vibrancy of modern spiritual and cultural practices all around us. I have come to a greater appreciation of religions as much more than isolated sets of static beliefs, but rather as living and diverse communities with common depth and kindheartedness. Clearly, the practice of kindness to neighbors is one both shared across religious groups and to be shared as we embrace religious pluralism. For that notion is sure to impact me daily as I continue my journey as a teacher, father, and ‘neighbor’ to all.

Jason Mabee is a Social Studies Teacher at Forest Park High School. Mabee was a member of the 2018-19 ICJS Teachers Fellowship.