A Journey Toward Interreligious Appreciation 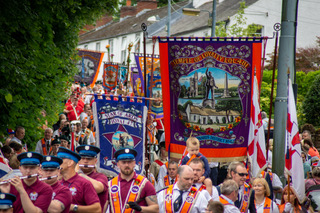 My paternal great-grandfather emigrated from Germany in the mid-to-late 19th century. From an early age, I was told by my father that we had Jewish “roots” but were not actually Jewish. That line of heredity had been broken sometime in the distant past. However, my feelings towards Jewish people were always positive and remain so.

Those feelings are experienced in a very profound way each year on Holocaust Remembrance Day. When I see photos of the corpses of those killed in the Nazi death camps, and see the emaciated survivors, it brings tears to my eyes and my emotions are profound. On a recent trip to Israel, those feelings were amplified during a visit to Yad Vashem, the World Holocaust Remembrance Center in Jerusalem. I pray for the repose of the souls who were murdered and the health of those who continue to survive.

Because of the many ways Jews have suffered over the course of history, primarily due to Christian persecution—the Inquisition, pogroms, the Holocaust, etc.—I have a particular animosity towards those who promote antisemitism. This is most often expressed by some Christians through Supersessionism, which is the belief that the New Testament supersedes the Hebrew Scriptures, and God’s covenants with the Jewish people are no longer valid. This leads some in this camp to the conclusion that God’s salvation is only available to those who believe Jesus Christ is the Messiah and the only path to eternal salvation. But God does not break His promises/covenants, and therefore the idea that only Christians have a path to salvation is a belief I consider misguided to say the least.

My encounter with my mom’s brother (Uncle George) in Belfast, Northern Ireland, is another profound experience that reinforced my faith. My mom met and married my dad in Belfast, where he was stationed prior to being deployed to France during WWII. After the war she immigrated to Washington state, where my dad grew up and returned after his discharge from active service.

I accompanied my mom on her first trip back to Northern Ireland after the war in 1962. I was 15  years old at the time. I was a very faithful parishioner at an Episcopal Church in Portland, OR, serving as an acolyte. When we arrived at my aunt and uncle’s house outside of Belfast, they provided me with a small bedroom where I slept. One of the first things I did was hang a crucifix on the wall, which I had brought with me. When my uncle saw it, he went “ballistic,” to say the least!

His heritage, and mine too on my mother’s side of the family, is Scots-Irish and Presbyterian. He was an avid anti-Papist, and his anger at my crucifix was shocking. It scared me too because he was so vehement. During my stay I learned he was an “Orangeman,” i.e., a fervent supporter of the rule of Great Britain in Northern Ireland. It was “marching season” in Northern Ireland, and he marched through Belfast with his fellow believers who held that Catholics were, in fact, the enemy.

This was my first experience with intra-Christian discrimination, and it impacted me in a very profound way. I just didn’t understand how fellow Irish people could hate one another to such a degree because of their different Christian traditions.

As I continued to mature through my teenage years into young adulthood, my experiences very much helped me on my path to becoming Catholic. While I was disappointed in the Catholic Church’s position on Judaism in the pre-Vatican II era, the change as provided in Nostra Aetate was very refreshing. It’s the Church’s “Declaration on The Relation of the Church to Non-Christian Religions.”

Nostra Aetate states, in part, “God holds the Jews most dear for the sake of their Fathers. He does not repent of the gifts He makes or the calls He issues.” With respect to Muslims the document states, “The Church regards with esteem also the [Muslims]. They adore the one God, living and subsisting in Himself; merciful and all-powerful, the Creator of heaven and earth.” Nostra Aetate provides the proof I need to realize the Catholic Church’s change in feelings towards Judaism and Islam. This has been reinforced by Pope John Paul II, and especially so by Pope Francis.

My faith journey has been one of learning to appreciate the insights that other religious traditions provide, and especially so as it helps immeasurably in my prayer life. I truly believe that God acknowledges all the prayers directed to Him by whichever faith tradition. That is truly a blessing for us all.

Opinions expressed in blog posts by the ICJS Congregational Leader Fellows are solely the author’s. ICJS welcomes a diversity of opinions and perspectives.