Holding Dearly to Faith At the Southern Border 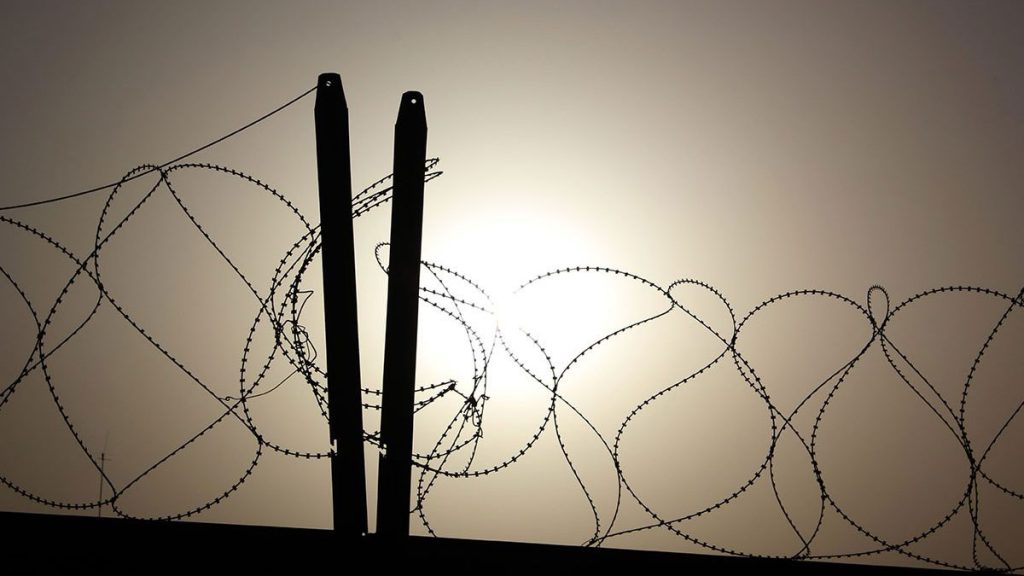 Last summer I had a life-changing experience.

At the invitation of the Jewish nonprofit digital platform JSurge.org, in cooperation with the Good People Fund, I traveled with Rabbi Steven Bayar, the founder of JSurge, to the border cities of El Paso and Ciudad Juarez, Mexico.

Rabbi Bayar and I arrived on August 4, the day after a mass murderer gunned down 22 people who were shopping at an El Paso Walmart. We would attend a vigil where thousands gathered to hear the prayers of priests, ministers, imams, and rabbis. On that day, it was difficult to get one’s arms around the heinous act of the previous day.

The rabbi and I were there to visit migrant centers in both El Paso and Juarez. We were shopping for shoes, clothing, and other necessities for the thousands of men, women, and children who were seeking a new life in the United States, yet knowing that the current administration was hardly welcoming.

In Juarez, we traveled along a route pockmarked with rutted roads and boarded by crumbling houses. On many corners stood wooden utility poles painted with a black cross in a pink box containing the name of another victim of femicide, or the killing of women.

The road led to a broken-down building with the sign “Alberque Para Migrants” (Hostel for Migrants) and two temporary, barely private outdoor showers and four toilets to service about 100 migrants. The showers were the type FEMA might deliver to an area beset by natural disaster. The toilets were working when we arrived, but we were told they regularly back up.

Calling the walled-in courtyard a playground for children would be a difficult stretch. The cracked surface on which to play was surrounded by razor wire. Blanched by the hot sun, there seemed little comfort to be found anywhere.

Most of the dormitory space housed rows of bunk beds so close together that one could walk across the room on mattresses not touching the ground.

In another part of the building, the pews of a sanctuary were used as places to sleep or turned into tables where migrants kept everything from deodorant to toothpaste to clothing. Very visible on the wall was a Christian cross with the Hebrew letters spelling Adonoi, a Hebrew name for God.

Yet, for the families who come to Juarez seeking asylum in the United States, these conditions are preferable to the sex trafficking, femicide, and gang violence they may have witnessed in Mexico, Central America, and elsewhere.

Since September, 2017, when Pastor Juan Fierro opened the migrant center, he has provided beds, meals, and clothing for more than 2,500 migrants.

The Pastor said that in addition to Central American migrants, he has seen an increase coming to the border of refugees from Uganda, Cameroon, Ethiopia, and the Congo.

On this dry, hot August day, we delivered cleaning supplies, toilet paper, underwear, and shoes to the center provided by JSurge.org and the Good People Fund. We visited the migrant center with Dr. Eva Moya, a University of El Paso associate professor, and Margarita Zarate, a GED instructor and Juarez resident.

Margarita was delivering these supplies while at the same time knowing that her daughter-in-law was experiencing a difficult fifth month of pregnancy far away in North Carolina. She told us that the unborn baby’s life was in danger, yet she remained, serving people in a forgotten Mexican neighborhood. Pastor Fierro is an emotional and strong man. He has committed his mission to the dispossessed.

“We have seen the presence of the Lord,” the Pastor tells us. “And that presence this day is that the air conditioning is working in the office.”

Almost every word that comes from the Pastor is God-speak.

“When they come to us, they are totally exhausted emotionally and physically,” he said. “They become a little more relaxed here. We want to help them stabilize themselves.”

Migrants clean and cook. There is an empty building across the street that needs a new roof. The Pastor takes us to show us the space. We see a structure in disrepair. There is a pile of blankets reaching halfway to the ceiling and extra mattresses piled on the floor.

This was the second stop of several we’d be making in both Juarez and El Paso. The picture that most Americans will never see of men, women, and children awaiting a decision that will impact their lives in conditions that are difficult to bear, is at best daunting and at worst hopeless.

It would emotionally get worse.

Our friend Margarita screams an awful, painful scream. She had just received a text. Her son and daughter-in-law’s baby’s heart stopped beating. The baby’s life could not be saved. This is when Pastor Fierro showed his emotional strength and faith. He gathered us into a prayer circle. In Spanish, the Pastor prayed with tears and conviction. Rabbi Bayar prayed El Maleh Rachamim, the traditional Jewish prayer for a departed soul. When the prayers were over, Margarita was still understandably heartbroken. But then she went ahead and sorted more products for the migrants. It was a real-life moment of a woman living her faith, an unforgettable moment. The visit after Margarita’s loss became a great deal more subdued. We’d learn that at least two migrant children were in quarantine for measles exposure. “God provides for us,” said the Pastor. “Little by little we serve them.” We drive back to El Paso in stunned silence.