Empowering Religious Literacy in the Classroom 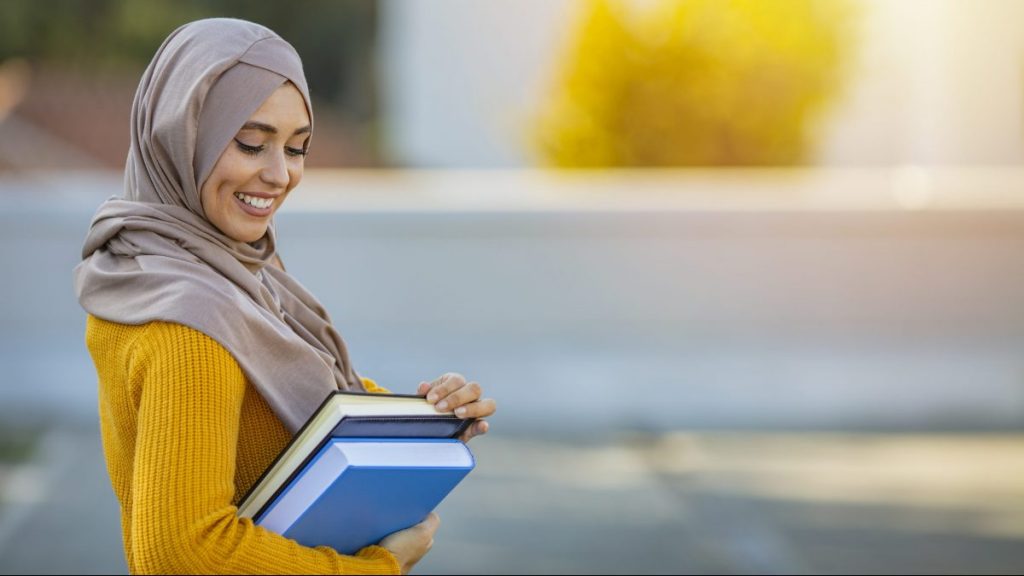 Last spring, I presented a short film, “Hiyab,” to one of my Spanish classes relating to the unit’s main topic, “The Value of Ideas.” The film—one of a series of short films that go along with each unit—touches on the topic of religious and cultural ideological differences. In the film, the leading character is a young female Muslim student attending a secondary school in Spain. The main conflict is between self-expression and the limits imposed by a school’s dress code, as the young woman decides she wants to wear her traditional ḥijāb to school, an action the school principal views as a violation of the school’s dress code. The film shows how religious and/or cultural differences can influence what is perceived as appropriate or acceptable dress.

As I presented the film questions to the students, I realized that for this audience—consisting of male high school students attending a Jesuit school—the main character was one they may not be able to understand or relate to. Even for me—a female raised in a largely Catholic community in Puerto Rico—it was a stretch. It was this awareness that made me make a mental note to prepare myself and the students better when introducing this film the following year.

The time has arrived to do so and, thanks to my involvement as an ICJS Teacher Fellow, I am hoping to have a much different experience for my students—one that will allow them, I hope, to truly understand the differences and similarities between the Christian traditions they are more accustomed to and those of Islam. I also hope that after this lesson they will gain perspective and respect for Muslim women. I visualize my students one day sitting next to such a woman at a meeting and easily engaging in conversation because they feel a degree of comfort that may not have been present before. This is what religious literacy aims for: an openness to dialogue and a deeper understanding of one another’s faiths or perspectives.

As a result of my ICJS fellowship work, I have identified two resources that will guide my lesson planning:

As I approach the lesson planning for the film “Hiyab,” I feel empowerment rather than the apprehension I felt last year when introducing this film. The opportunity to develop some religious literacy in my class this year, however small, is very exciting. This brings to mind some of the words I said last November, when speaking at my school’s Thanksgiving Prayer Service about faith:

…I believe it is extremely important that we acknowledge the different faiths we have at our school and around our world. Religious hate crimes in our country have seen a rise in recent years; this shows a need for the development of religious literacy- or, simply said, the knowledge of and ability to understand religion. Through education and awareness, we can prevent further acts of religious intolerance. Furthermore, religious literacy can help to develop minds that are understanding of differences and open to dialogue. We live in a world in which we encounter and need to connect with people of different faiths. Learning about the differences between our beliefs relative to other religions exposes us to different points of view; it opens our minds and it opens our hearts to listen to others more openly. This allows us to confront issues of religious discrimination such as Antisemitism and Islamophobia in our communities and promote religious tolerance.

…Religious literacy and the mindset that it creates facilitates the creation of solutions to common issues so that we can understand each other better rather than feel threatened by these differences. We can then develop the ability to evaluate issues of justice in a way that respects others’ beliefs. I believe that religious discussion is necessary in a true democracy as history has revealed what the consequences of religious intolerance can be.”

…It is through dialogue that we must actively seek understanding across lines of difference. We must find ways to argue and disagree in a society of differences.

Selma Ciccarone is an Upper-Level Spanish Teacher at Loyola Blakefield, a Catholic, college preparatory school for boys located in Towson, Maryland. Ciccarone was a member of the 2019-20 ICJS Teachers Fellowship.