Economic Empowerment Through the Lens of Faith 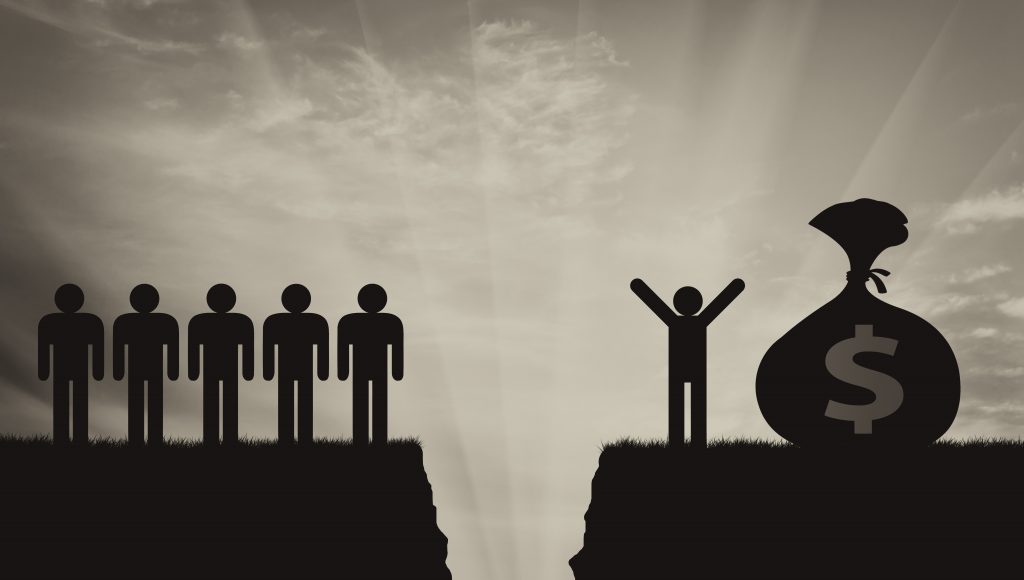 As the United States recovers from the health and financial crisis imposed by the COVID-19 pandemic, the fault lines of race and the wealth gap continue to divide its citizens. While the gap widens, the U. S. Congress is fervently being called upon to pass laws to address inequalities and inequities involving impoverished communities. Judges across the nation are also hearing cases and interpreting the language of the nation’s founding document to discern the constitutionality of new state laws. In the midst of the political debates and judicial challenges, community organizers have been raising awareness concerning wealth disparities in the United States, empowering those most affected by them and lobbying for effective policy changes to dismantle the systems that support such disparities.

Religious leaders and religious organizations are amongst those leading the way in ending practices that deny citizens equal access to wealth. When compared to the social activism efforts in the 1960s by groups such as the Southern Christian Leadership Conference (SCLC) and the Nation of Islam (NOI), communities of faith appear to be underrepresented in the fight for social justice and economic empowerment.

Despite the appearance, today I stand reinvigorated and inspired by the new social activism model created by the Institute for Islamic, Christian, and Jewish Studies (ICJS). At the Institute, the language of the scriptures is studied to address economic justice—or the lack thereof—in impoverished communities, promote wealth-sharing and wealth-building, and usher in an age of economic justice and empowerment for today’s generation and the generations that follow.

ICJS brings together leaders of different ethnicities, religions, spiritual traditions, and social locations. In doing so, we as leaders are encouraged to apply the Divine guidance encoded in the sacred texts to address the topics of justice and economics. This unique approach affords an opportunity for each Fellow to view economic justice through the lens of other religions or worldviews outside of our own. This creates a rich learning environment, moving the collective beyond theoretical community-based problem-solving techniques to beginning to build and implement practical economic empowerment programs in the communities where we live, work, and worship.

By studying the Hebrew scriptures alongside my own Muslim scriptures, I discovered more similarities than differences regarding economic empowerment. For example, I learned that the exegesis of the Hebrew scriptures places an emphasis on the sin of hoarding wealth that leads to economic disempowerment. I also learned that the “Jewish law mandates a court to intervene to compel people not to obstruct other people’s flourishing only to promote one’s sense of superiority.” Based upon the exegesis of the sacred scriptures and the mandate of law, all individuals are discouraged from engaging in practices that empower oneself and disempower their neighbor. The reasoning is because all wealth belongs to G-d.

Similar to the Jewish tradition, the Muslim tradition also holds the view of wealth as the property of G-d. Hoarding wealth is equally frowned upon. As I reflected on these two perspectives, I began to ask myself, “What is wealth and what, in addition to money, can empower communities that continue to be systemically disenfranchised?” The answer revolves around a “one world, one community” model of unity and togetherness.

Although there is a lack of financial capital in disenfranchised communities, social capital is needed also. Social capital is the missing link that has left the religious communities of today separated. Even when groups like the SCLC and NOI disagreed on the means, their agreement on the goal of dismantling injustices faced proved most effective.

In closing, similar to the Prophets and Messengers of G-d who were enlightened by the Divine Word which compelled them to organize and empower others, my understanding informs me to do the same. The sacred Qur’an states that humans were created “into different nations and tribes that you may know each other.” Knowing each other is seeing oneself in the other and finding value in establishing meaningful relationships.

Within the Muslim tradition, meaningful relationships are formed while engaged in work that is pleasing to G-d. It is my view that the Justice Leaders Fellowship is striving to ensure that wealth in the form of financial and social capital are combined to fight for economic justice while bringing people together from all walks of life to accomplish that mission. One person or group cannot do it alone. It will take the effort of all individuals inclined toward justice to join together to rid our nation from the sin of hoarding financial and social capital. The people are the wealth of this world, and I am looking forward to uniting with those of like hearts and minds to ensure that all have equal access to wealth and an equal willingness to share what they have.

Edrees Bridges is a U.S. Special Agent, Dignitary Protection Division, and a  member of the 2021 ICJS Justice Leaders Fellowship.