Confessions of a Religious “None” Educator 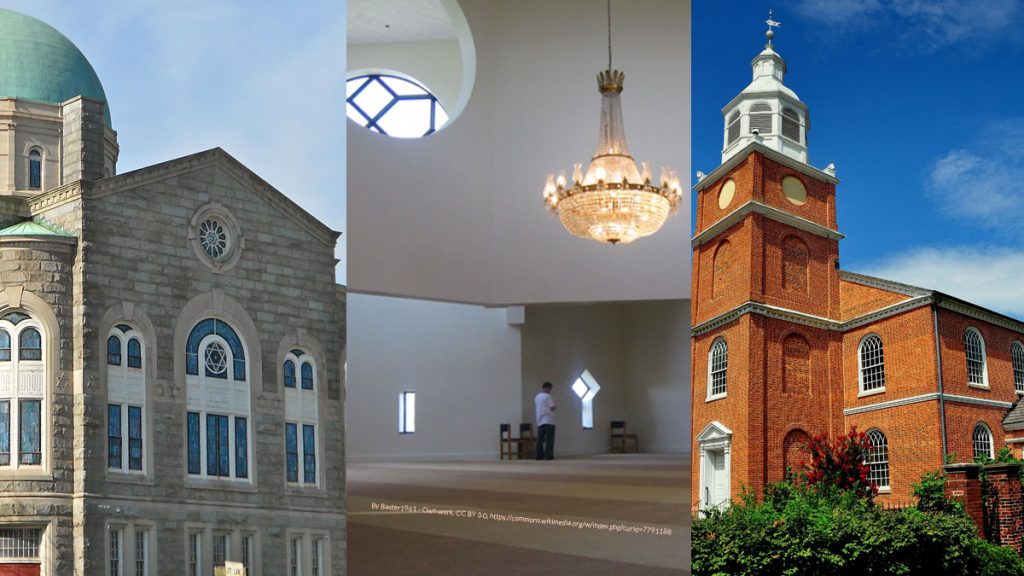 As a teacher living through the COVID-19 pandemic, there’s a lot to think about. Are my students safe and healthy? Was that haphazard Zoom lesson even remotely effective? Is my job secure? How can I develop as an anti-racist educator in Baltimore?

Despite the complete disruption to my usual teaching routines, I’ve had the opportunity to think a lot about religion over the past year with a cohort of teachers from different schools in the Baltimore area. Our Teachers’ Fellowship cohort at the Institute for Islamic, Christian, and Jewish Studies (ICJS) engaged in conversations about teaching religion and fostering interreligious dialogue in our schools. Along the way, we learned about world religions from experts and scholars in their fields.

I teach history at the Friends School of Baltimore, a 236-year-old Quaker school. The school’s religious identity is clearly articulated in its mission statement: Recognizing that there is that of God in each person, the School strives in all its programs, policies, and affairs to be an institution that exemplifies the ideals of the Religious Society of Friends. In addition to Friends School’s commitment to the Quaker values of simplicity, peace, integrity, community, equality, and stewardship, students and staff regularly gather for what Quakers call “Meeting for Worship.”

When we were physically together, we gathered together for worship about once a week in a variety of spaces: the auditorium; the Stony Run Meetinghouse; and even in classrooms and outdoor spaces across campus. Meeting for Worship’s rituals flow directly out of the Quaker belief that there is “that of God” in every person. There are no sacraments or clergy because Quakers believe that worship consists of personal communion with God. We enter the space quietly and settle ourselves in auditorium seats, on simple wooden benches, in classroom chairs, or on the grass. Sometimes, we begin with a query for reflection. Then comes silence. Participants may stand to speak if they feel so moved.

Before Friends, I taught at a Jesuit high school and an all-girls Catholic high school in Baltimore. At the Jesuit school, most of our students were not Catholic. The entire school gathered for Mass a few times a year. Like my students, I knew what it felt like to attend a Catholic Mass without a deep, personal connection to the rituals and practices. As a gay Millennial from a majority-Protestant family that chose public school over private or religious schools, I was already uncomfortable with the Catholic Church’s stance on homosexuality, gender expression, and the role of women within the Church’s power structure. I attended Mass with our majority non-Catholic students and majority-Catholic faculty, using the time to reflect and feel connected with members of our school community.

According to the Pew Research Center, a religious “none” is a person who does not identify or affiliate with a religion. They can be atheists, agnostics, or “nothing in particular.” Religiously unaffiliated people have been growing as a share of all Americans for several decades. Not surprisingly, religious “nones” are concentrated among young adults more than any other age group. At least 35 percent of Millennials are religiously unaffiliated.

Occasionally, our ICJS Teachers’ Fellows cohort discussed the fact that young people today seem to be increasingly unaffiliated with organized religion. “The problem with society today is that we’ve moved away from religion,” one cohort member argued. He commented on the apparent lack of empathy and moral fortitude in some of his students.

As one of the group’s younger teachers and one of the only religious “nones,” I became frustrated with the line of discussion and thinking that characterized these shifts in religious identity among youth as a problem. If it really is a problem, then I’m part of the problem. I am the problem.

Nothing in my upbringing or decade of teaching experience made me believe that young people are not interested in religion. Nor does it appear that they have rejected it as an important institution or aspect of identity. As an adolescent, I remember lively debates and discussions about religion in history and English classes, and around campfires with my closest friends. Despite my agnostic beliefs, as a leader in my Scout Troop as a high schooler, I often led our Troop in prayer. I even delivered a homily! In college, my peers engaged in interfaith programming and signed up for extra religion courses to better understand the rapidly changing world.

At the majority non-Catholic Catholic school in downtown Baltimore where I taught, I attended weekend “Kairos” retreats, a hallmark of Jesuit schools. Our students bonded with each other in ways I never witnessed in the classroom or Mass. They sometimes challenged the religious beliefs of both their families and the school, while at the same time exploring their spirituality and religious identity that sometimes just didn’t fit within the framework provided by the adults. Their questions were similar to the ones I contemplated as an adolescent, many of which I still haven’t been able to answer as an adult.

At Friends, one of my current students identifies as Buddhist (a departure from his family’s religious tradition) and is teaching himself Sanskrit to be able to engage with important texts directly. As I mentioned before, all students, no matter their religious identity, gather for shared worship each week. Some choose to stand and speak, sharing both personal struggles and joys, and many times reflecting on their spirituality and experience of religion. I wonder if youth today are equally as curious about religion as they were in previous generations—perhaps even more so!

As we walk alongside our students on their journey to form their identities and a sense of purpose, is it our business to decide whether they are religious enough? Have we given young people enough room and support to develop their religious identities? The rise in religious “nones” is occurring across age groups, not just Millennials and Gen Z. Based on my experience this year in the ICJS cohort, I want to engage more intentionally in dialogue with my students about their experience of religion and expose them to the incredible religious diversity of the United States and the world.

Travis Henschen is an history teacher at Friends School of Baltimore, a private coeducational Quaker school founded in 1784 and serving students in Pre-K through 12th grade. Henschen was a member of the 2019-20 ICJS Teachers Fellowship.